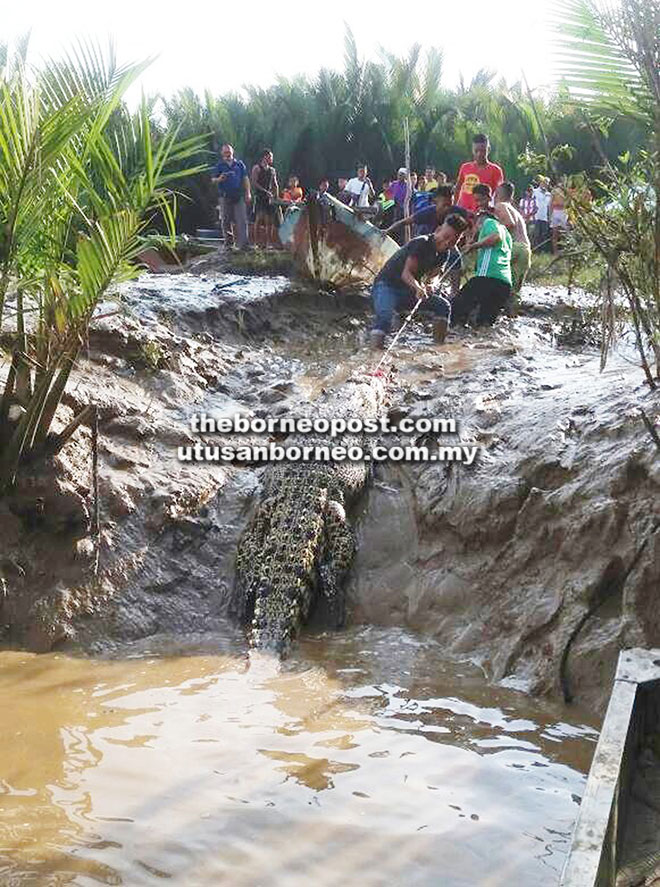 Local villagers help to haul the 3.3 metre male croc up the bank of Sg Rimbas in Pusa.

In a press statement issued yesterday, SFC disclosed that SWAT members installed 13 baited hooks along a 5-kilometre stretch of Sungai Rimbas on Oct 17.

“The very next day, a big 4.8-metre croc was hooked and culled. More recently, another two crocodiles had been caught,” the statement said, adding the latter two reptiles measured 3.3 metres and 2.8 metres in length respectively.

The decision to cull the two male reptiles was made due to the relatively high density of crocodiles prevailing in that area.

“Given the successful culling exercise, operations at Sungai Rimbas were called off on Sunday,” it added.

SFC also expressed the corporation’s gratitude to all parties involved, particularly the police and local villagers for assistance rendered during the culling operation.

Members of the public are reminded to notify the nearest Forest Department or SFC offices of crocodile sightings in their areas, and to not take matters into their own hands owing to the extremely dangerous nature of the reptiles.