Friday, December 3
You are at:Home»Business»Progress seen in long-awaited ELV policy 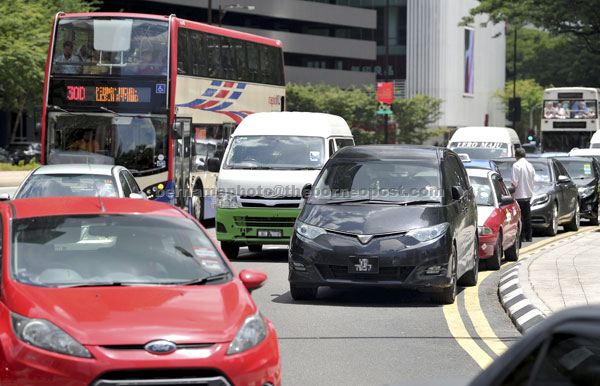 The study of vehicles lifespan in Malaysia could eventually bring forth the ELV policy, which could include incentives for owners to change road-unworthy old cars (beyond a certain age) for new ones. — Bernama photo

KUCHING: Transport Minister Datuk Seri Liow Tiong Lai had recently announced that the study to introduce a new policy on the lifespan of vehicles in the country is now at the final stage.

On this note, industry experts believe that this could indicate that the long-awaited End of Life Vehicle (ELV) policy could be in the works, as well.

In a recent report, the research arm of Maybank Investment Bank Bhd (Maybank IB Research) noted that that the study of vehicles lifespan in Malaysia could eventually bring forth the ELV policy, which could include incentives for owners to change road-unworthy old cars (beyond a certain age) for new ones.

“While full-implementation of the ELV policy is unlikely for now, we laud this proposal for it will enhance road safety as well as sustainability of the auto sector,” it said

The research house estimated that about a quarter of the 13.3 million private passenger cars on the road (as of June 2017) are more than 10 years of age (circa three million cars). As such, it pointed out that these are cars that should be tested for their road worthiness in order to ensure public safety.

It noted that Proton had previously organised a ELV scheme to tackle this problem. However, it said, this programme was scrapped as the allocated funds were exhausted.

Nevertheless, it pointed out that during that period, over 25,000 applications were recorded in a short nine months.

“We believe that the full implementation of the ELV policy (for both passenger and commercial cars) could boost TIV/TIP in the immediate three to five years while ensuring the long-term sustainability in auto demand and most importantly, road safety,” Maybank IB Research opined.

It also highlighted that insufficient inspection points must be tackled in Malaysia.

“ The ELV policy was first coined following the introduction of a voluntary inspection for cars, in the 2014 National Automotive Policy.

“In order to ensure proper implementation of the ELV policy, 450 inspection centres are required to first enable mandatory inspection for cars beyond a certain age.

“However, there are currently only 55 computerised vehicle inspection centres nationwide operated by Puspakom.

“Unless there are sufficient centres, it may make more commercial sense, in our opinion, if the ELV policy (if it comes) is first implemented on commercial vehicles; 10 per cent of total total industry volume), in light of recent fatal accidents involving older trucks and buses,” it explained.

It noted that the full implementation of the ELV policy might only materialise in two to three years’ time as there are limited inspection centres which could carry out mandatory inspection on vehicles.

“As and when it is announced, the national marques (Proton and Perodua) could be the prime beneficiary of this move due to their lion’s share of the mass-market A/B-segment models,” it said.

Maybank IB Research also pointed out that there are positive indications towards this policy, as unveiled during the National Budget 2018.

It noted that safe public transportation, in light of recent bus accidents, is one of the issues that was addressed in the 2018 National Budget.

“In line with this, we also believe that the ELV policy will first be implemented for commercial vehicles which should be sufficiently inspected with the currently available Puspakom inspection facilities,” it added.