Monday, August 10
You are at:Home»Sports»Golf»Over 200 golfers for SEDC Chairman Cup 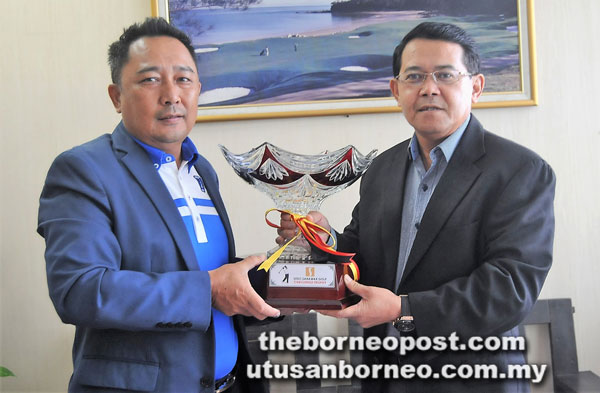 KUCHING: The response to the SEDC Chairman Cup golf tournament is overwhelming with 232 golfers have confirmed their participation in the event from Nov 4 to 5 at the Damai Golf and Country Club (DGCC).

This was announced by the event’s organising committee chairman Edwin Abit yesterday and a total of 116 golfers are competing in the Open Category which will tee off on the first day while the rest are playing in the Invitational and VIP Category on the second day.

According to him, the two-day tourney is one of the oldest to be held at DGCC and the response to the annual event has always been encouraging.

“The aim and objectives of the event have remained the same which is to show our appreciation to all associates, partners, stakeholders and members of the golfing fraternity especially members of DGCC”, he said.

The event is also aimed to showcase DGCC as one of the premier golf clubs in Sarawak where it had hosted many major events such as the recent Professional Golf Malaysia (PGM)-MNRB Asian Development Tour (ADT) Golf Championship, the 4th Sarawak Grand Golf Championship and the annual Sarawak Senior Open Golf Championship in April.

Due to the popularity of the event, the organisers were forced to extend it to two days with a unique range of prizes offered to winners including live cattle, fresh prawns and meat vouchers courtesy of Sarabif Sdn Bhd other than electronic equipment.

The other sponsors are MST Golf, SEDC Properties and DGCC.

Edwin who is also SEDC’s director of Corporate Affairs; Tourism and Hospitality Division had disclosed among the upcoming events to be held there too are the inaugural Damai Amateur Open which is sanctioned both by SGA and MGA; Sarawak MAKSAK Golf Championship ; the 2nd Arnold Palmer Classic Golf Memorial Cup and the Srixon XX10 Cup tournament on Nov 25.

He also announced that the club membership is increasing due to the introduction of different categories of membership packages with the latest will be the “Monthly Weekday Privilege Package” which will be introduced in December.

The package is renewable every 30 days and is the first of its kind to be offered locally where it is open to anybody especially to expatriates and long-term guests staying in Kuching.