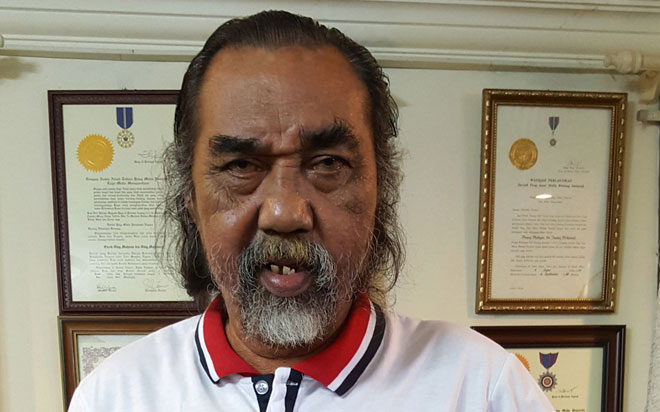 Mahyan with the award from the Football Coaches Association of Malaysia last week.

The legendary coach of the Ngap Sayot era received the ‘Tokoh Sukan, Jurulatih Sepanjang Masa’ Award together with five other coaches at the Symposium and Malaysia Football Coaches Awards at TH Hotel in Kelana Jaya, Selangor last Saturday.

PJBM president B Sathianathan presented the awards to recognise the contributions of the six coaches in the development of football in the country.

Mahyan, 67, said he was surprised but touched by the recognition.

“I would like to thank PJBM under the leadership of  B Sathianathan for this high recognition and I think this will have an impact on the local coaches to motivate them further,” he said yesterday.

Mahyan, an enduring and vocal advocate of using local talent, brought Sarawak football to new heights when he was the head coach from 1988 to 1990.

One of his memorable achievements was leading the Crocs to the semi-finals of the 1988 Malaysia Cup.