Sunday, November 1
You are at:Home»News»Sarawak»Abdullah refutes claims that govt has done nothing to pursue state’s rights 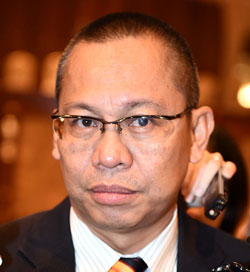 IT is wrong to assume that state government has done nothing since the State Legislative Assembly unanimously supported a motion to safeguard the state’s rights on Dec 7, 2015.

Assistant Minister of Corporate Affairs Abdullah Saidol said since the motion’s approval, the government was involved in many discussions at various levels with the federal government.

“Simultaneously, the state government was also involved  extensively and aggressively in the research and appraisal of various documents and relevant laws to solidly establish our Locus Standi including gathering all the admissible documentary evidence to support our endeavours with the federal government,” he said yesterday,

Commenting on the tabling of motion on Malaysia Agreement 1963 (MA63) yesterday, he said it was a testimony of the state government’s solid commitment led by Chief Minister Datuk Patinggi Abang Johari Openg to win more ground in negotiation with the federal government.

He said the motion tabled by Deputy Chief Minister Datuk Amar Douglas Uggah Embas in wanting to establish a High Level Special Task Force, basically meant Sarawak is going forward into a serious stage of negotiation with the federal government.

“Further, this is also to diminish any notion or doubts that our current CM will go ‘mellow’ on matters relating to our state constitutional rights including those provided either explicit or implicit under the Malaysia Agreement,” he said.