Sunday, September 19
You are at:Home»News»Sarawak»‘National Budget 2018 most comprehensive’ 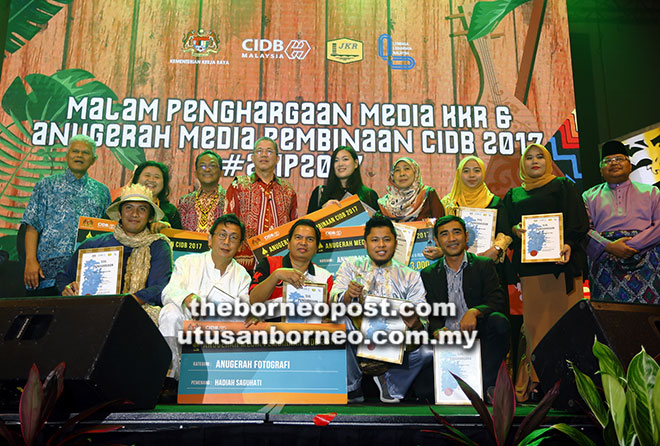 He opined that media practitioners ought to promote the comprehensive budget to Malaysians in general, given that the budget covered people from all strata of society.

“Budget 2018, to me, since I have been elected as an MP in 2004, is the most comprehensive budget which takes care of the needs of almost everyone including those who are yet to be born,” he said at his ministry’s media night held at a leading hotel here last Saturday.

Fadillah, who is also Petra Jaya MP, said the Amanah Dana Anak Malaysia (Adam) announced in the budget had promised unit trust worth RM200 each for babies born between 2018 and 2022.

He also said that Sarawakians should be grateful rather than taking things for granted as far as the Pan Borneo Highway project was concerned.

“If you look at the Pan Borneo Highway project which is worth more than RM16 billion in allocation over a period of five years, it is a lot of money given every year,” he added.

He pointed out that Sarawak would be receiving a special allocation of RM1 billion to repair or rebuild dilapidated schools across the state.

“This is not a small amount of money we are talking about. So we must grab the opportunity to spend the allocation for the better welfare of our people.”

Fadillah hoped that all relevant authorities including the state Public Works Department (JKR) would play their respective roles to make sure that the RM1 billion allocation was fully utilised.

He said it would make no sense for the state to complain when allocation was not granted while not fully utilising it when allocated.

The event also saw the presentation of Construction Industry Development Board (CIDB) Media Awards 2017, which was divided into three major categories.

Rachel Lau from The Borneo Post walked away with the first prize of RM5,000 for the print media category (news and feature).

Haini Darani from Utusan Sarawak and Yvonne Tuah from The Borneo Post won the second prize of RM3,000 and third prize of RM2,000, respectively.

For the electronic broadcast media and news portal video category, the first prize of RM5,000 went to TV3 Kuching, second prize of RM3,000 was won by RTM Kuching and consolation prize of RM1,000 went to RTM Sibu.

Two consolation prizes of RM1,000 each for the photography category were awarded to Zulazhar Sheblee from The Star and Muhamad Razali Nordin from Bernama.

All award recipients except consolation winners (each receiving a certificate) were each given a certificate and a trophy.

Previous ArticleCrucial for civil servants to be able to adapt to fast-paced changes — State Secretary
Next Article Uggah: Sarawak can be a major food producer