Saturday, May 30
You are at:Home»News»Sarawak»Consecutive raids net RM1 million in illegal firecrackers 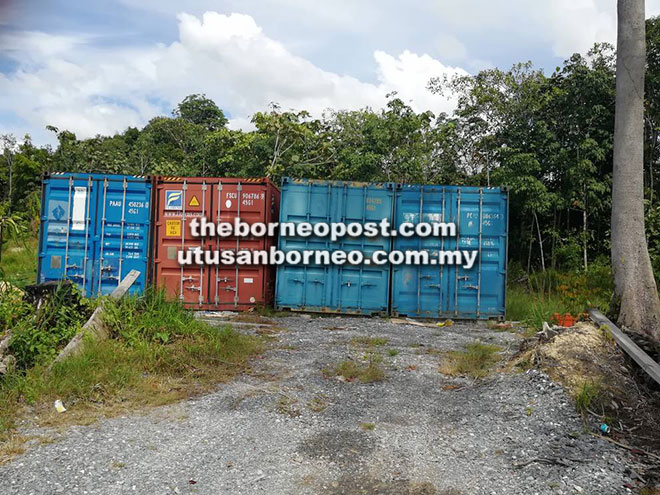 Four of the six containers at the open area along Jalan Medamit. 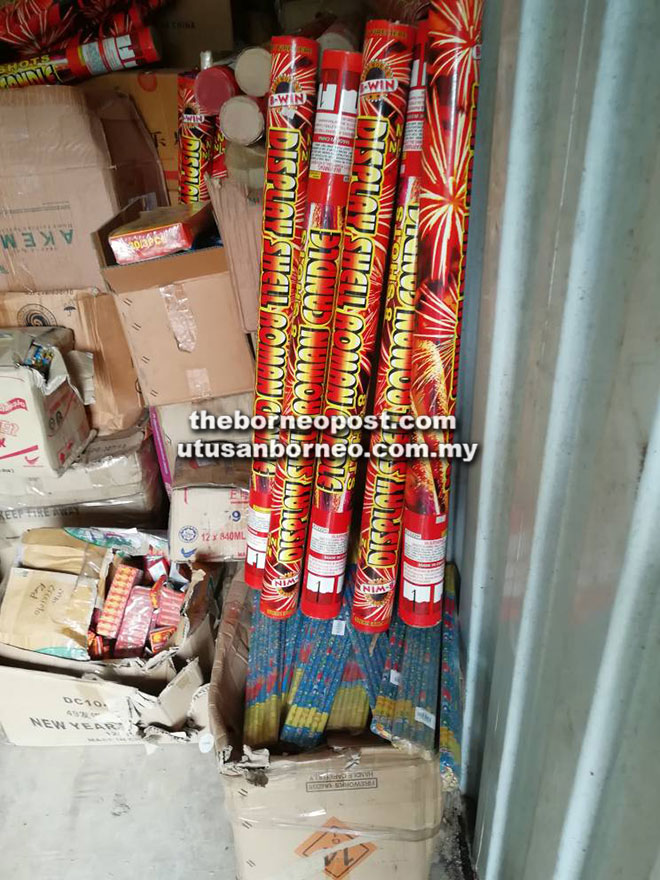 Firecrackers and fireworks found inside the containers.

LIMBANG: The Marine Police made a second bust in the space of a week when it seized nearly RM1 million worth of illegal firecrackers here on Tuesday.

Marine Police state commander ACP Salehuddin Mat Zaman said the raid was a result of a week-long surveillance of an open area along Jalan Medamit, some 41km from Limbang town.

“Following the successful (first) raid last Thursday at an old brick factory, our intelligence unit carried out surveillance of an open area some six kilometres from the factory.

“The team found six containers placed in the open area and, upon inspection, found them to contain illegal firecrackers and fireworks,” he said when contacted yesterday.

Salehuddin added that no arrests were made, and that the value of the seized contraband was close to RM1 million.

“The items were smuggled for the local market, possibly for the coming Chinese New Year celebration. We are now probing to determine who is behind the smuggling, and whether this latest seizure is connected to our previous seizure.”

Previous ArticleForeigner gets 15 years’ jail, caning for robbery
Next Article Krian Teras branch all for Mawan wherever he goes