Wednesday, August 17
You are at:Home»News»Nation»Malaysia-Brunei annual leaders’ consultation sees signing of accord on oil, gas 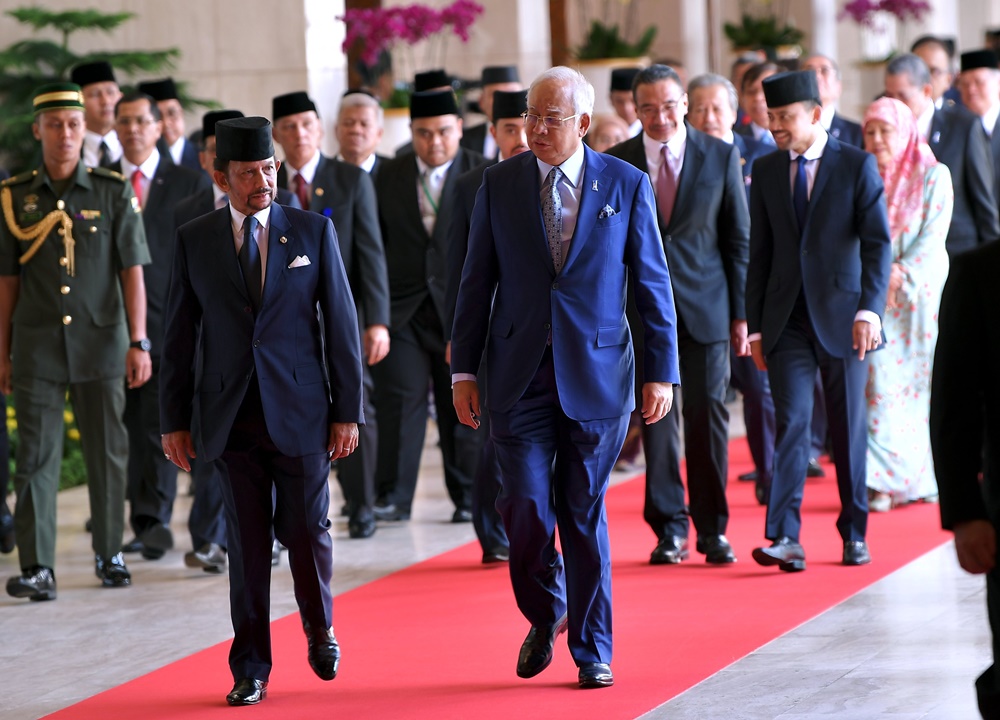 BANDAR SERI BEGAWAN: The 21st Malaysia-Brunei Annual Leaders’ Consultation here today saw the signing of the Unitisation Framework Agreement which, in principle, will essentially finalise by mid-2018 the percentage of Petronas revenue from four oil and gas fields.

The agreement was signed by Petronas and the Brunei National Unitisation Secretariat at the conclusion of the annual talks by Malaysian Prime Minister Datuk Seri Najib Tun Razak and the Sultan of Brunei, Sultan Hassanal Bolkiah, at Istana Nurul Iman here.

Speaking to reporters here, Najib said the annual talks also saw the signing of a memorandum of understanding on tourism.

He also said that at the discussions, he proposed that Brunei progress from the status of observer to full partner in the trilateral defence arrangement that now encompassed Malaysia, Indonesia and the Philippines.

The Prime Minister said he found that the proposal was well-received.

Najib said the annual talks also touched on the maritime border and the need to undertake a survey of the common border which had progressed to only six per cent with about 528km yet to be surveyed.

“The problem was lack of manpower on the ground, which had to be increased. The matter was well-received by Brunei for consideration.

“Another matter where agreement was reached was access to traditional fishing grounds,” he said.

Najib said their talks also touched on the developments in the Rakhine region of Myanmar and the Middle East, and relations with the major powers.

The Prime Minister arrived in Brunei yesterday. He is scheduled to return to Kuala Lumpur today. – Bernama

Previous ArticleBNM working closely with banks, police in the fight against counterfeit banknotes
Next Article Pan Borneo Highway: Immigration issues with Brunei to be solved next year