Saturday, October 23
You are at:Home»News»Sabah»Woman detained in connection to RM13.5 mln discovery in spa hotel 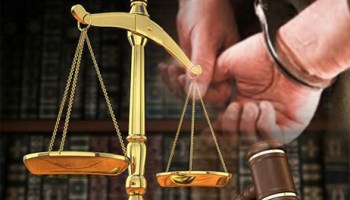 KOTA KINABALU: A local woman has been detained by the Immigration Department in connection to the discovery of RM13.5 million of cash during an anti-vice raid at a spa hotel here last week.

Its director-general Datuk Seri Mustafar Ali said Immigration officers found about RM1.1million from the 46-year-old woman’s apartment here when she was arrested around noon today.

This brings the total number of arrests to four, which included two local men and a foreign man.

Seventeen people, ages between 20 and 40, comprising Filipinas and Chinese nationals were believed victims of a human trafficking syndicate. They were saved by Immigration officers during the 1am ‘Ops Cegar’ operation.

According to Mustafar, the local woman is the wife of one of the three men.

“We are still investigating to determine who is the real owner of all the money, how did they acquire such amount of cash and what is the purpose for all that cash,” he said at a press conference at the Sabah Immigration Department office here today.

Mustafar said the cash, totaling at RM13,563,227.60 with some printed since 2008, were found inside drawers, on beds and boxes in a room of the spa while RM1.1million was discovered from the woman’s apartment.

“Investigation also revealed that the spa had been operating at the hotel since 1999.

“We also found condoms, lubricants and other elements related to sex activities at the spa when my men conducted the raid,” he said.

Mustafar added that the 17 women who were found and rescued by Immigration officers claimed to have been exploited and forced into prostitution, while a check on the spa revealed modifications have been made, believed for the purpose of vice activities.

The department will investigate the case from numerous angles including human trafficking, money laundering, prostitution and overstaying.

He said the the department will also work closely with other agencies to look into the modification of building without approval; Inland Revenue Board for possible tax evasion; and Companies Commission of Malaysia on details of the spa centre.