Saturday, August 15
You are at:Home»Business»CMS still well-positioned to benefit from mega development plans in Sarawak 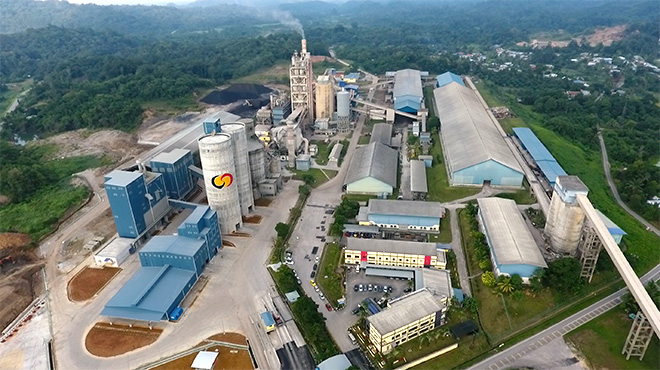 CMS will be able to deliver yet another year of growth for the financial year 2017.

As such, they remain positive on the group’s prospects in the coming quarters.

In a report, the research arm of Amanah Investment Bank Bhd (AmInvestment) opined, “We continue to believe that CMS is well positioned to benefit from government development plans such as the Sarawak Corridor of Renewable Energy’s (SCORE) growth nodes, Pan Borneo Sarawak highway, proposed LRT and BRT in Kuching and digitalisation of the state’s economy.”

“We like CMS for the strong demand for cement and building materials underpinned by various mega infrastructure projects in Sarawak and  its steady growth of construction and road maintenance works including the Pan-Borneo Highway project awarded to CMS (JV with Bina Puri Holdings).

“It will also see sustained demand from its property development both in Kuching and Samalaju and the potential unlocking of its undervalued landbank via disposal.”

Meanwhile, on CMS’ financial prospects for the year, Maybank Investment Bank Bhd’s research arm (Maybank IB Research) believed that CMS will be able to deliver yet another year of growth for the financial year 2017 (FY17).

In a report, it said, “Positively, CMS’ cement, construction materials and construction and road maintenance divisions have seen quarter-on-quarter (q-o-q) improvements at the earnings before interest and tax (EBIT) level.

“Coupled with OM Materials (Sarawak) Sdn Bhd’s (OMS) performance, which has turned profitable in the third quarter of 2017 (3Q17), we believe CMS is on track to a growth year in FY17.

Of note, based on its press statement, CMS recorded a pretax-profit (PBT) of RM231.02 million for the first nine months of 2017 (9M17), which was largely attributable to the increased efficiencies and productivity within the cement division and improved sales within the property development division.

“Thus, we reckon that CMS will be able to recognise more progress as we move on the 1QFY18. As we have reasoned in our previous report, the cost structure efficiency plan was rolled out in the

“Consequently, the operating profit (OP) of cement segment (RM82.1 million, 6.8 per cent y-o-y) accounting for 48.0 per cent of Total Operating Profit (TOP) which improved its OP Margin by 3.4ppts.”

“Another surprise improvement came in from the OP of property segment (RM29.2 million, 189.1 per cent y-o-y) accounting for 17.0 per cent of TOP.

“OP Margin for property development of 22.8 per cent increased by 5.8ppts from positive take-up rates for Bandar Samariang as we have estimated previously,” it explained.