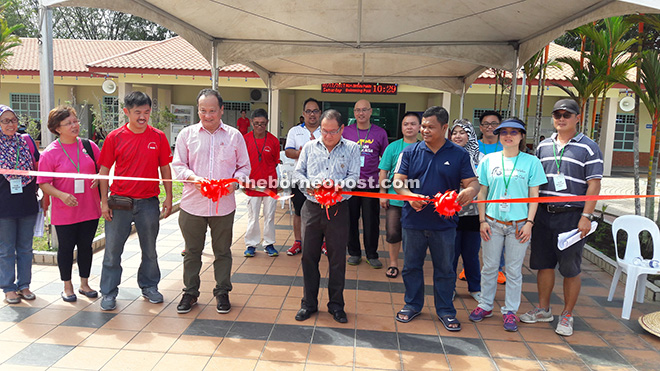 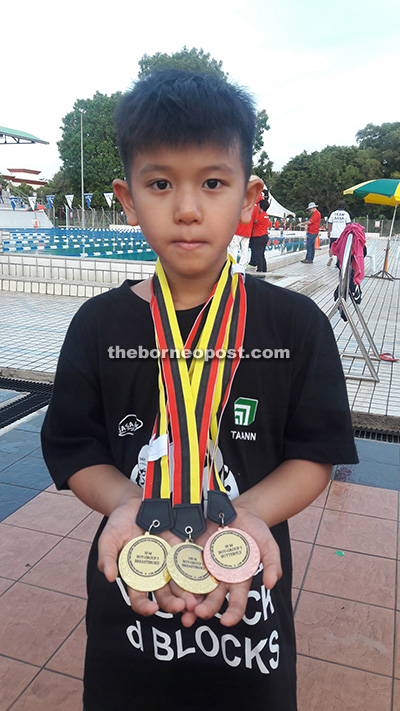 Brian Lu with the two gold and one bronze medals he won yesterday.

Fielding 31 swimmers for this year’s competition, Sasa collected 537 points to top the 13-team competition at the end of Day 1.

This year’s meet showed great promise in the lower age categories and incidentally, all the day’s records were registered in Group E for eight year olds and below.

The two other record breakers were Nur Syaziellah Tsen Sey Jing of Persatuan Renang Labuan in the girls 50m butterfly with a new time of 37.84 (40.37), and Frederic Annabelle of Kelab Rekreasi Petroliam in the girls 100m freestyle by clocking 1:17.38 (1:20.00).

Previous ArticleSebenarnya.my portal gets over 15 mln hits
Next Article The disruptive impact of Islamic fintech