Wednesday, July 6
You are at:Home»News»Nation»Sebenarnya.my portal gets over 15 mln hits 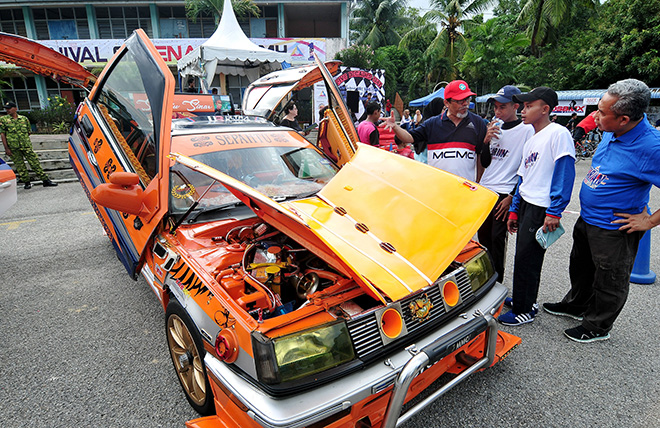 BUKIT MERTAJAM: Although it was only introduced in May, the ‘sebenarnya.my’ portal by the Malaysian Communications and Multimedia Commission (MCMC), is among the more popular portals with over 15 million hits.

MCMC chief operations officer Datuk Dr Mazlan Ismail said the portal, which was set up as a one-stop centre to give verification due to the proliferation of false news through the social media, received encouraging response.

Using the motto ‘Tidak Pasti, Jangan Kongsi’, the portal receives two million hits monthly and as a new portal, it is something to be proud of. This is because the people wants authentic news.

“The MCMC developed the portal due to the rise in technology, the speed of message, video recordings and images are the realities and challenges that must address the false information or viral culture in society,” he told reporters after launching the Sebenarnya.My Carnival at Sekolah Kebangsaan Guar Perahu, here yesterday.

Mazlan said using the resources and expertise available, the MCMC used the sebenarnya.my platform to clarify the validity of the information to the public through the 21 ministries and agencies concerned.

The portal proved that the government was seriously concerned at the proliferation of false news which was not only a new problem in Malaysia but also the rest of the world.

It also played a role to ward off false news being spread by providing true information for the reference of society so that they would not immediately believe rumours or the information received.

“Many people adopt the sharing is caring concept causing them to share the information received with others without determining whether it is true or not.”

He said this could have a negative impact if the information shared is incorrect. – Bernama