Sunday, May 22
You are at:Home»News»Nation»Wrest Selangor, then think about MB’s post — DPM 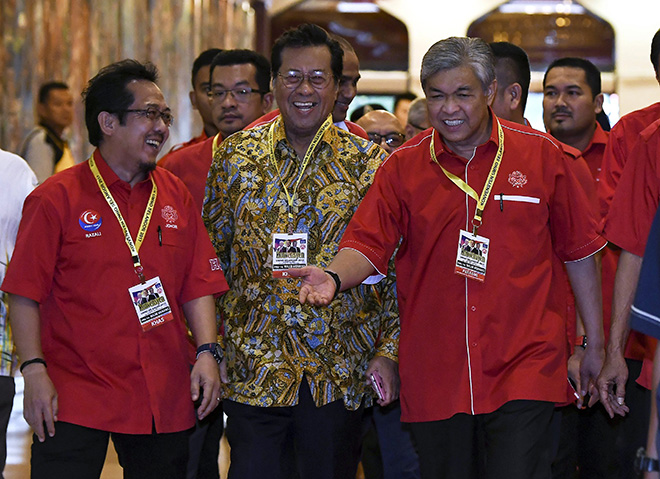 KUALA LUMPUR: Selangor Umno should focus on efforts to wrest the state in the 14th General Election (GE14) before thinking about the candidate for the post of Menteri Besar.

Deputy Prime Minister Datuk Seri Dr Ahmad Zahid Hamidi, who is also Umno vice-president, said the candidate for the post of Menteri Besar could only be determined if the Barisan Nasional (BN) won the state.

“Let us get over GE14 before thinking who would be the Menteri Besar. Tan Sri Noh Omar himself said he is not interested in being the Menteri Besar, and is only leading the party,” he told a press conference after opening the Selangor Umno Convention 2017 at Putra World Trade Centre (PWTC), here yesterday.

Asked about Umno’s efforts in using the services of two former menteri besar, Ahmad Zahid said the effort was important to enhance the strategy of wresting Selangor from Pakatan harapan (PH).

“We value the efforts, services and sacrifices of these two political figures.  Although they were in different camps, the duo have since ‘returned’ to Umno, “

He reminded Selangor Umno to be wiser and not trapped by the perception game if they want to wrest  the state from Pakatan Harapan.

Selangor Umno needs to work harder to win the hearts and minds of the Selangor voters who believed the perception game during the 13th General Election (GE13).

“It is an uphill battle. Selangor Umno needs to focus on enhancing compatibility in leadership, and supported by a fully prepared party machinery,” he added. — Bernama