Friday, January 21
You are at:Home»News»Nation»Two party leaders sworn in as senators 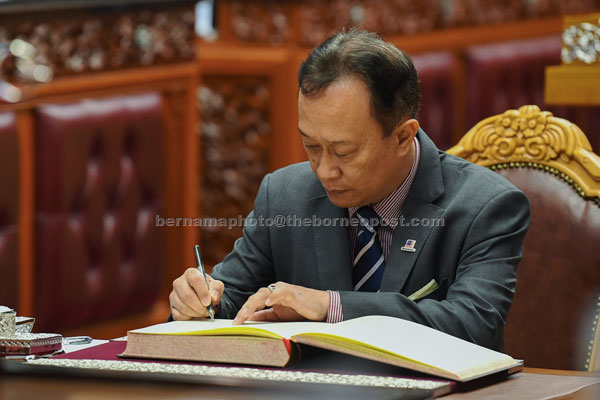 Paul signs the appointment letter after the swearing in ceremony. — Bernama photo

They are Datuk Paul Igai, senior vice-president of the Progressive Democratic Party (PDP) and Lee Tian Sing, vice-president of Melaka MCA. They were sworn in for a three-year term before Dewan Negara president Tan Sri S A Vigneswaran.

Paul, 60, hails from Kapit, Sarawak, and holds a degree in business (transportation) from the Royal Melbourne Institute of Technology, Australia.

He has wide experience in politics and was the political secretary to the Sarawak chief minister from 2002 to 2016.

He is also an advisor to selected houses of worship in Melaka. — Bernama