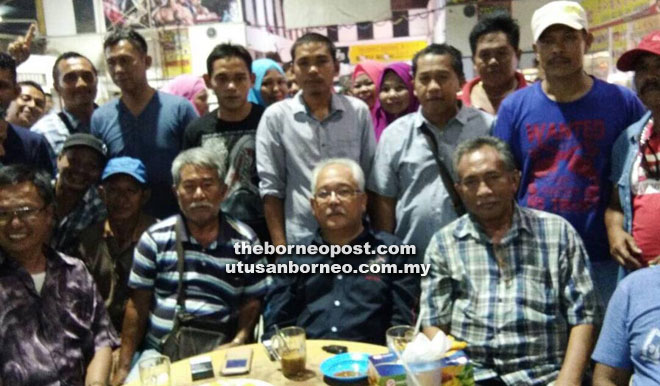 KUCHING: The Bugis community in Sarawak are as ‘Malaysian’ as any other ethnic group in the state as they were born and raised in the state.

They too have contributed significantly to the overall socio-economic development and wellbeing of the state, said the president of Sarawak Bugis Association (SBA), Datuk Rahman Lariwoo.

As such, the association wants to put the record straight that they are Malaysians of Bugis descent and most of them are third generation Malaysians.

“We are hurt by his remarks especially from someone of his status as a former prime minister of the country,” Rahman told The Borneo Post here yesterday.

He said most of the Bugis in Sarawak numbering more than 10,000 are residing in Sadong Jaya as it was the place where their forefathers first landed from Johor in the 19thcentury.

Rahman added that those who came from Sulawesi to Sarawak during the same period landed in Sarikei but eventually they settled down in Sadong Jaya after they discovered the presence of their countrymen in the area.

“Although most Bugis in Sulawesi are good fishermen, the Bugis in Sarawak however are actually good farmers. Initially, when they first arrived here, they planted coconuts, but now they have diversified into other crops such as oil palm,” said Rahman.

A significant number of Bugis are also found in Niah, Miri and most of them are working in the oil palm plantations.

“I just came back from there and we plan to set up our branch there in the near future as there are at least 10,000 of my people currently working in the plantations there. About 3,000 of them are Malaysians while the rest have Indonesian passports,” he said.

Rahman strongly recommended that the Bugis workers who are non-Malaysians be naturalised as citizens as they are hardworking and good at their job as harvesters in the oil palm plantations.

“We already have a sizable number of Indonesian Bugis in the state. So I hope that with the current shortage of labour especially in the oil palm industry, these hardworking people can be considered and be absolved into our society,” he said, adding that his association will work closely with the relevant authorities to legalise those who still have no proper working documents.

On a related issue, Rahman said most of the Bugis in Sarawak are professionals and educated, notable among them are Sadong Jaya assemblyman and Rahman’s younger brother Aidel Lariwoo, Professor Dr Ceksum Tawang of Unimas, Jefri Lias in the State Financial Office and former Mukah Resident the late Saudi Narani.

Meanwhile, Rahman said he planned to hold a gathering for the Bugis community in Niah sometime in January.

“For that event we also plan to invite our Prime Minister to come as he is also of Bugis descent,” he enthused, adding elected representatives in Niah area namely Sibuti MP Datuk Ahmad Lai Bujang and Bekenu assemblywoman Rosey Yunus, members of the Indonesian Consulate General in Kuching and immigration officers will also be invited.