Wednesday, August 10
You are at:Home»News»Sarawak»Drop in baby dumping cases despite latest incident — Fatimah 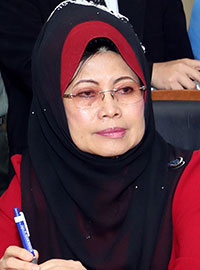 KUCHING: The number of baby dumping cases in Sarawak has actually dropped despite the discovery of the latest case involving a 12-year-old girl in Sibu.

Minister of Welfare, Community Well Being, Women, Family and Childhood Development Dato Sri Fatimah Abdullah said only three cases were recorded to date this year compared to 10 in 2016.

Despite this, she pledged the ministry would continue in its efforts to increase public awareness of this matter.

“We have actually reduced the number of teenage pregnancies and baby dumping since 2014.

“There is a lot more to be done to prevent such cases from happening. This can be achieved when we all work together,” she said when commenting on the recent case in Sibu where an infant was found in the storeroom of a house.

The case was solved after police established a 12-year-old girl was the child’s mother.

She had been in a relationship with a 15-year-old boy from the same village.

It is understood that the girl gave birth around 6pm on Sunday before hiding the newborn in the storeroom.

Both the girl and baby are reported to be in stable condition at Sibu Hospital, while the teenage boy has been detained by police to facilitate the investigation under Section 376 of the Penal Code for rape.

Fatimah also said the ministry and its strategic partners would hold an awareness programme to battle sexual crimes against children next year.

Students, members of parent-teacher associations, counselling teachers, and community leaders would be invited to participate in the programme, she added.