Tuesday, May 24
You are at:Home»Sports»A major blow to Sarawak’s Sukma ambition 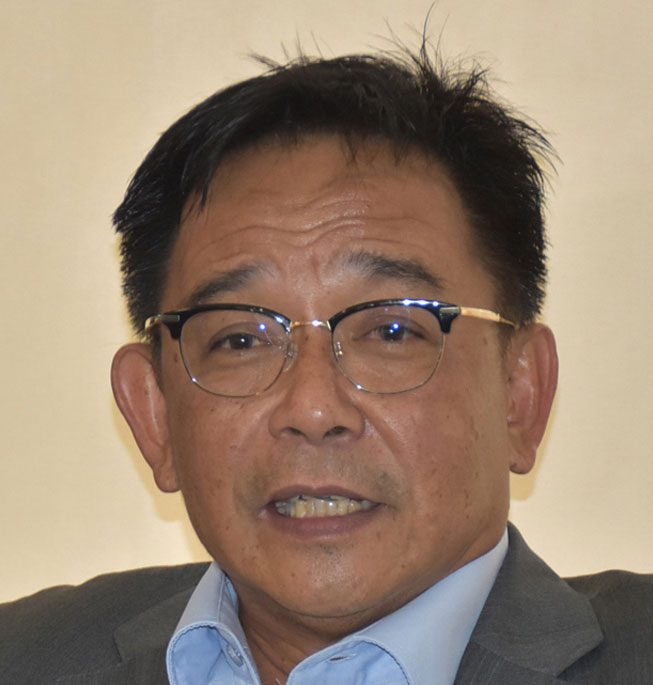 KUCHING: Sarawak’s bid to capture the overall championship crown in next year’s Sukma XIX in Perak has taken a big blow following the Youth and Sports Minister Khairy Jamaluddin’s announcement to drop three sports – Taekwondo, Weightlifting and Sepak Takraw – from the national games.

This is because Taekwondo and Weightlifting are among the major medal contributors for the Sarawak team in Sukma.

Minister of Tourism, Arts, Culture, Youth and Sports Datuk Abdul Karim Rahman Hamzah was clearly not in a good mood when contacted yesterday.

“All the states have been called to the meetings earlier this year where the events for Sukma 2018 have been decided upon.

“The states including Sarawak have made early preparations in identifying the athletes and sending them for exposure in and outside the country, rented premises for training venues, accommodation arranged for athletes from outstation, state and international level competitions held to give exposure to the athletes and Sarawak including holding SukSar … only to get slapped by the decision that did not even consider how the states involved in Sukma will feel,” he told Borneo Post’s sister paper Utusan Borneo through Whatsapp yesterday.

“This is a very cruel decision to the athletes and sports that have been dropped. The reasons given for the drastic action are unreasonable … because the athletes of the said sports are involved in drugs and the poor management of the associations concerned.

“If the athletes are involved in doping, take action against the athletes concerned and don’t kill the sport because many others are clean and have trained for so long.

“If the national sports associations are not in order, don’t regard state associations as also having problems and be punished together,” said Karim who regarded the decision to drop the three sports from the nation’s core sports and Sukma as stupid and inconsiderate.

He said the decision was hastily made without having considered the development of the sports and athletes as well as the time and costs taken to prepare for Sukma.

“It is a big shame and very demoralising to the spirit of the athletes in the three sports,” he stressed.

Meanwhile, Sarawak Sports Corporation CEO Dr Ong Kong Swee shared Karim’s sentiment, saying that the decision to drop the three sports was unreasonable because it will greatly affect the development programmes at the grass roots level.

“He (Khairy) can punish the national sports bodies by not sending the athletes to international competitions such as SEA Games, Commonwealth Games and so on.

“But it is unfair if the grass roots development is limited because it will hinder our efforts to produce more back up athletes,” he said when met during the rehearsal of the opening ceremony for Sukan Sarawak (SukSar) at Stadium Perpaduan Sarawak, Petra Jaya yesterday. 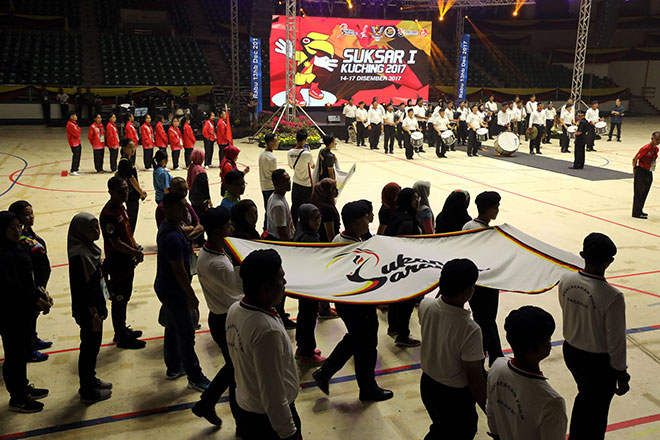 PDRM personnel carrying the games flag during a rehearsal for the SukSar opening ceremony at Stadium Perpaduan Sarawak, Petra Jaya yesterday. The 2017 SukSar will officially start today. — Photo by Chimon Upon

Ong added that Sarawak stand to lose the chance of capturing 30 to 40 gold medals in Sukma if Taekwondo and Weightlifting are not included.

“However, we will accept the decision and see how we can make improvements in other sports so that they can contribute more golds,” he added.

Khairy on Tuesday had announced the dropping of Weightlifting, Sepak Takraw and Taekwondo from the list of national core sports due to poor performance or not showing improvement.

He said the decision was made after the ministry and the National Sports Council (NSC) conducted a review including an in-depth study on the performance of the three sports since 2007.

At the same time, Khairy explained that the action was not a form of punishment but a move to save these sports and said the ministry and NSC would work closely with the relevant associations to revive them.