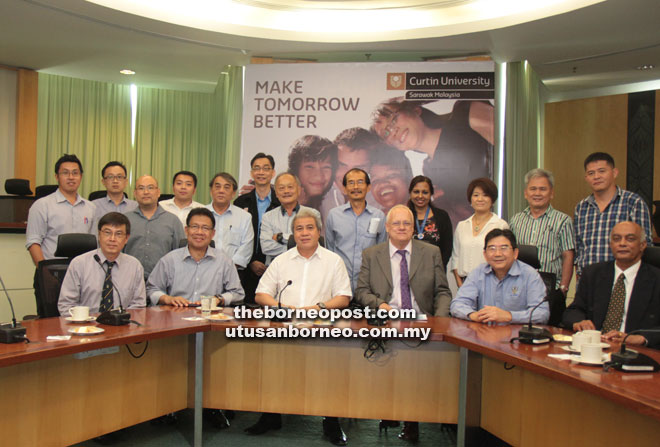 Awang Tengah (seated third left) poses with Ministry of Industrial Development officials after they were briefed on the progress of the pilot plant project on March 24, 2015 by the management of Curtin Campus in this file photo.

MIRI: The Sarawak government-funded RM50-million Bio Valley Park pilot plant situated at the Curtin University Malaysia, Sarawak Campus (Curtin Malaysia) here is now operational after almost two years of construction and will be a boon to the development of bio-economy in the state.

Curtin Malaysia and the Malaysian Pepper Board (MPB) last month signed a memorandum of understanding (MoU) to initiate collaborative high-impact research and development relating to the pepper industry and its potential commercial opportunities at Curtin Malaysia.

Undertaken by the Ministry of Industrial and Entrepreneur Development in collaboration with Curtin Malaysia, it is the first of its kind in the state and will be a quantum leap in R&D and knowledge accumulation to meet the state’s technological needs. 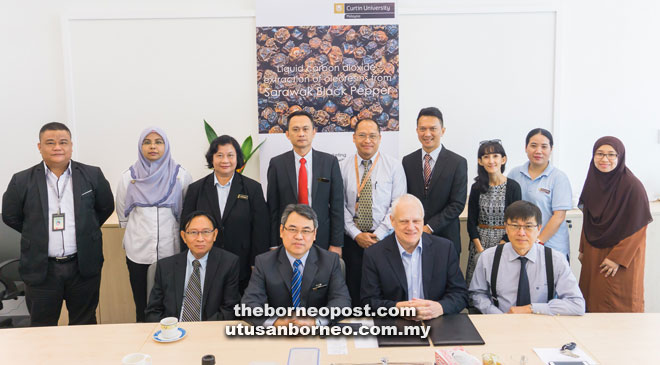 MPB and Curtin Malaysia representatives pose for a group photo following the signing of the MoU.

When visiting the 10-acre site of the plant in March 2015, Datuk Amar Awang Tengah Ali Hasan, who is now Deputy Chief Minister and also Minister of Industrial and Entrepreneur Development and Second Minister of Urban Development and Natural Resources, called for the plant to be delivered on schedule this year.

This pilot plant is equipped with state-of-the-art facilities and equipment, including an over RM4-million pilot scale carbon dioxide extraction system manufactured in Austria.

It is managed by Curtin Malaysia Sarawak which will provide the necessary expertise and a critical mass of researchers to conduct research projects funded by the government, Curtin and other fund providers apart from ensuring outcomes which would be relevant to the state’s needs. 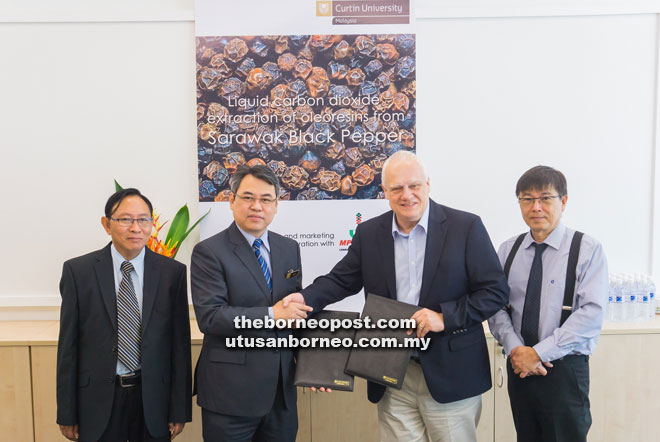 Signing on behalf of Malaysian Pepper Board at the MoU signing ceremony at the new facility were director-general Dr Harry Entebang and deputy director-general Othman Sajili, while Curtin Malaysia Pro Vice-Chancellor, president and chief executive Professor Jim Mienczakowski and dean of R&D/director of the Curtin Malaysia Research Institute (CSRI) Professor Clem Kuek signed for the university.

Mienczakowski said Curtin Malaysia was pleased to support MPB’s commitment to research and development relating to the pepper industry and believed that the university’s research expertise could be leveraged to commercialise research findings for the benefit of the industry, especially in scaling up MPB’s lab findings and in the pilot plant scale production of black pepper extracts. 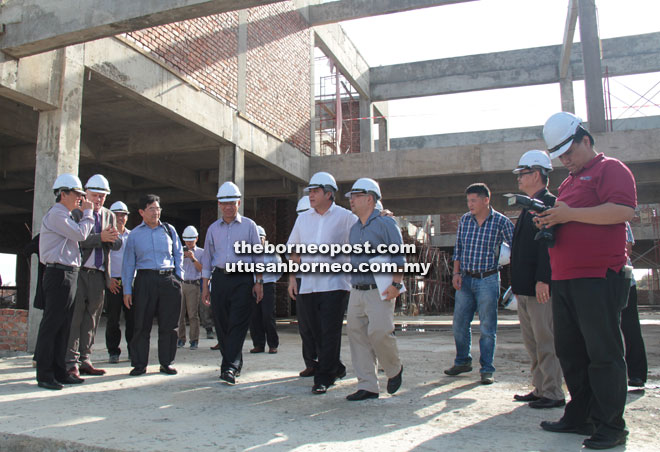 Awang Tengah (fifth right) inspecting the progress of the project in this 2015 file photo.

According to Kuek, oleoresin and oil from pepper are valuable food ingredients with worldwide demand, saying their extraction via liquid carbon dioxide under extreme pressures avoids the objectionable presence of residual chemicals associated with the alternative solvent extraction method.

He added that during commissioning tests, oleoresin and oil from Sarawak black pepper were successfully extracted via the pilot scale carbon dioxide extraction system, one of only a handful of such systems in the country and the only one in East Malaysia.

Mienczakowski commented that both MPB and Curtin Malaysia recognised the huge potential of the plant to explore potential commercial opportunities. He also welcomed MPB staff to undergo training and spend time on attachment at the pilot plant.

“As Curtin University’s largest international campus and global hub here in Asia, our research activity has experienced extremely strong growth over the years, both in volume and significance.

“Underpinning our research endeavours are our strong partnerships with industries, business and government, which result in outcomes that also greatly benefit the broader community. This collaboration with MPB is a significant milestone in that academia-industry partnership,” he said. 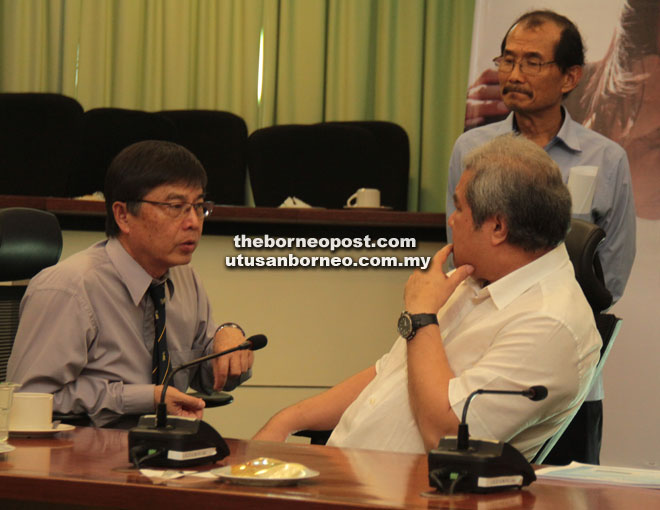 Awang Tengah (seated right) being briefed on the project by Kuek in this file photo.

The Bio Valley Park Project is the first of its kind in Sarawak and will significantly boost R&D and knowledge accumulation in the state to meet its particular research and technological needs as there is a huge potential to develop the state’s bio-economy by utilising its rich biodiversity which remains relatively untapped.

The facility will support the development of new bio-products and processes and provide pilot plant facilities to assist industries in phytochemical and bioprocesses; high quality testing and development facilities for bio-industries in product analysis, product enhancement and quality assurance; and incubator facilities for emerging enterprises in the bio-economy. It will also conduct research and training for the industry and research agencies.