Monday, August 10
You are at:Home»News»Sarawak»Crocodile opened up to search for remains of missing man 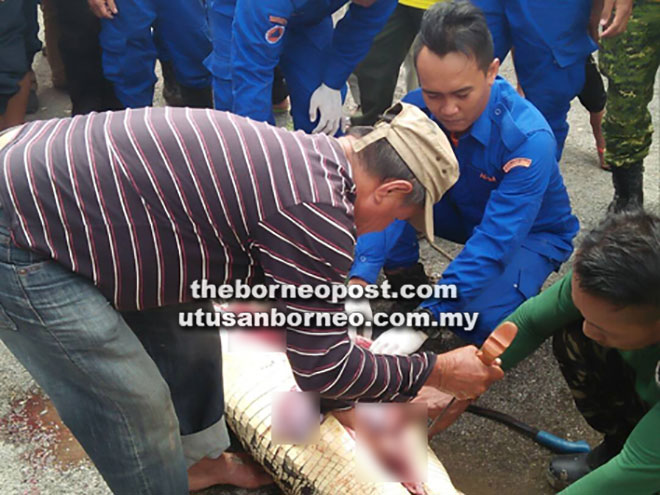 The crocodile being opened up by the search team.

KUCHING: A crocodile was captured yesterday after a man went missing at Sungai Sebemban in Serian since Dec 5, believed to have been attacked by the reptile.

According to a Civil Defence spokesperson, the crocodile was brought to shore after it was trapped to be opened up but no human body parts were found inside its stomach.

The missing man is believed to have been attacked by a crocodile following the discovery of footprints of the reptile near the victim’s fishing gear.

Ariff Bagoh, 42, was reported missing by his family members after failing to return home from fishing on the day of the incident. The search and rescue (SAR) operation entered its sixth day yesterday.