Saturday, December 3
You are at:Home»News»Sarawak»Food park set to join ranks of IoT farms 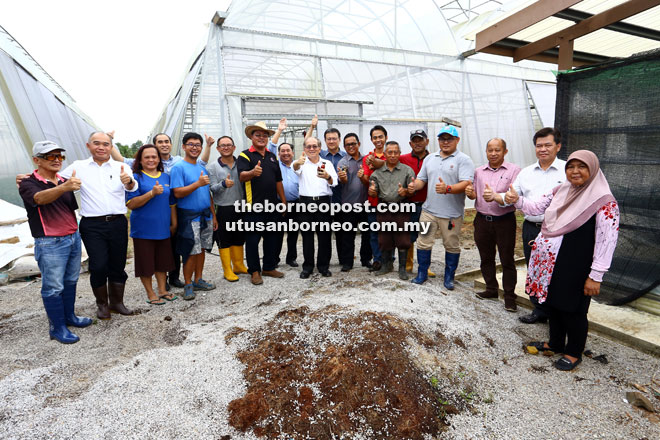 Uggah (ninth left), Chai (ninth right) and others give the thumbs-up to IoT farming. — Photos by Muhamad Rais Sanusi.

KUCHING: The Rampangi Permanent Food Park expects to join the ranks of farms operating through the Internet of Things (IoT) before Christmas.

During a visit to the park yesterday, Deputy Chief Minister Datuk Amar Douglas Uggah said the system that allows the park to monitor temperature, fertiliser and irrigation via a smartphone, will arrive on Dec 22.

“The IoT Smart and Precision Farming is popular in developed countries and we want to promote it here,” he said, adding that the move received encouragement from Chief Minister Datuk Patinggi Abang Johari Tun Openg.

Uggah, who is also Minister of Modernisation of Agriculture, Native Land and Regional Development, hoped that precision farming would help reduce the manpower requirement, increase production and maintain quality, which is very important as Sarawak is eying the global market.

“The chief minister has directed us to have a nett export of food products and it has to meet the requirement of international community. 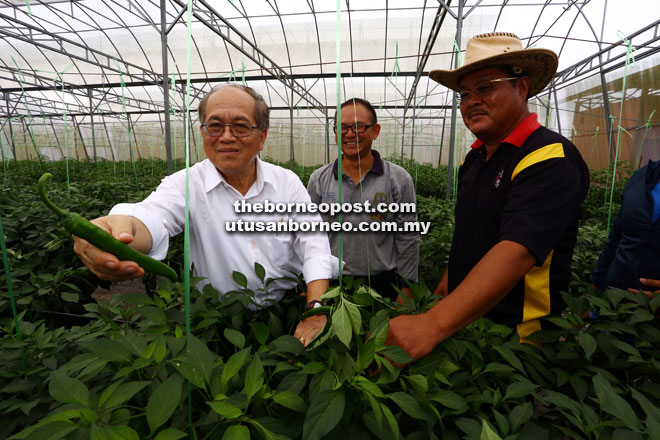 Uggah (left) holds a large chilly while Bong (centre) and Coolplay look on.

“With IoT at our disposal, we hope to compete not just with Peninsular Malaysia but with Vietnam, Thailand or even Taiwan.”

Rampangi Permanent Food Park is one of model farms located very near to Kuching.

Uggah was taken on a tour of the fertigation farms (houses) belonging to University Putra Malaysia graduate Bong Chee Kian, with crops almost ready for harvest, including chilly, local and Japanese cucumber, and rock melon.

He said they would focus on raising the right kinds of crop for the climate in Sarawak, for example, chilly.

“Chilly is in high demand and we import a lot of it. This is good to reduce our import bill, and then export it ourselves.

“Agro-tourism is also in the pipes, but as harvest time is seasonal, they have to first work out a schedule so that tourists will have something to look at when they visit,” Uggah said. 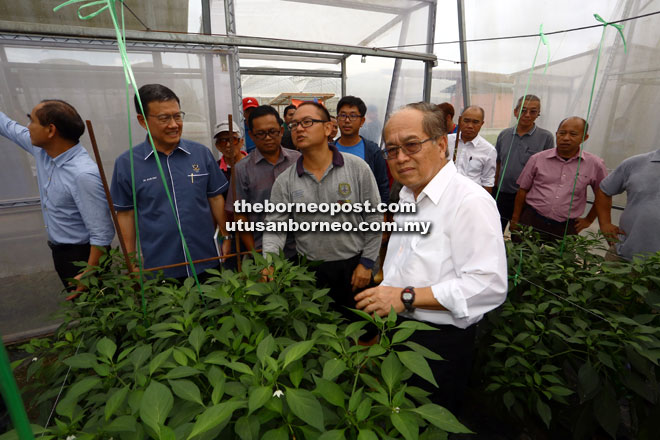 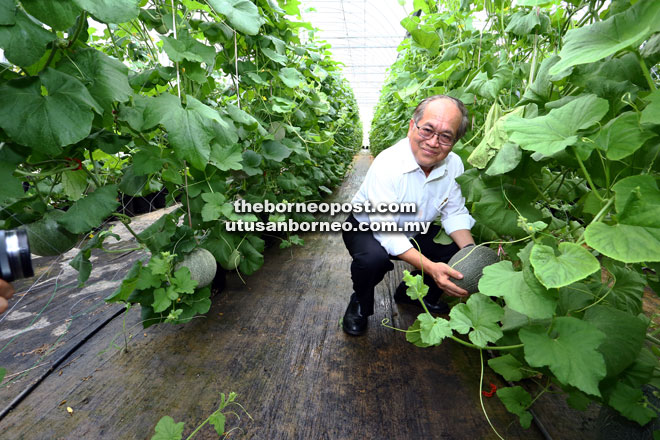