Tuesday, May 24
You are at:Home»News»Sarawak»Water released from Bakun Dam regulated — SEB 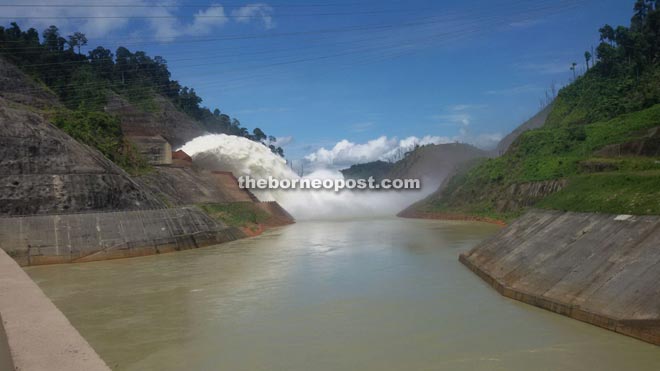 According to Sarawak Energy’s media release, its subsidiary and the operator of the HEP, Sarawak Hidro Sdn Bhd (SHSB), regulates the water level upstream through this procedure since the completion of the dam seven years ago, ensuring that the discharged volumes have minimal impact on downstream water flow.

“Following heavy rainfall in the past weeks, SHSB commenced controlled spilling on Dec 12 (Tuesday) and this is expected to last for an estimated duration of three weeks.

“Bakun HEP will cease spilling once the water level at the reservoir normalises.

“Since the completion of the Bakun HEP, it is to be noted that the incidence of flooding downstream has been reduced and the impact mitigated as the dam holds back a large volume of rainwater all year round, although downstream rainfall into catchments and tributaries of the Rajang can still result in floods,” it added.

On Tuesday, SHSB in a statement informed that it started releasing water from the Bakun Dam at 9am to lower the water level, and further advised residents along Sungai Rajang downstream to be alert to rising water levels and strong currents during the release of the water. — Bernama