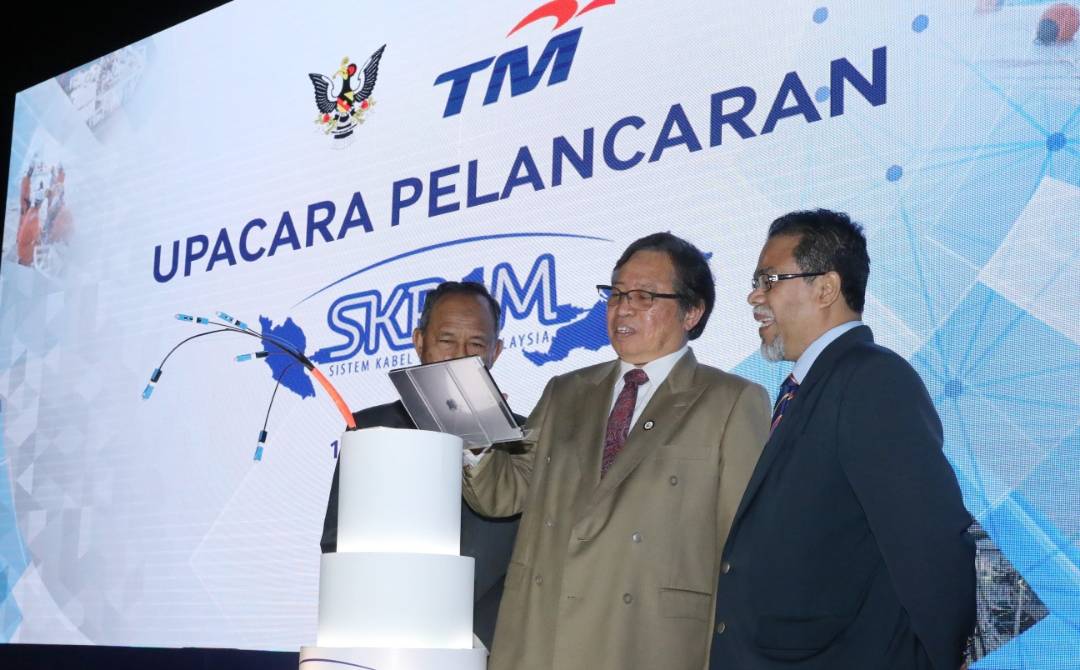 Abang Johari (centre) with Sulaiman (left) and Mazlan at the launching ceremony. Photo by Chimon Upon

SKR1M was built with an aim of enhancing the existing domestic submarine cable connectivity between Peninsular Malaysia, Sabah and Sarawak.

While it is catering for future bandwidth growth requirements, the new submarine cable system that spans over 3,800km has an initial capacity of four Terabit per second (Tbps).

The cable system, with state-of-the-art 100 Gbps technology, is capable of being upgraded to at least 12.8 Tbps.

At the launch, Abang Johari said the development of SKR1M is in line with the government’s efforts as Malaysia’s Convergence Champion.

“The development demonstrates our strong support for the government’s initiatives toward increasing the capacity of high speed broadband in the country, hence accelerating the transformation of the digital economy, especially in Sarawak,” he added.