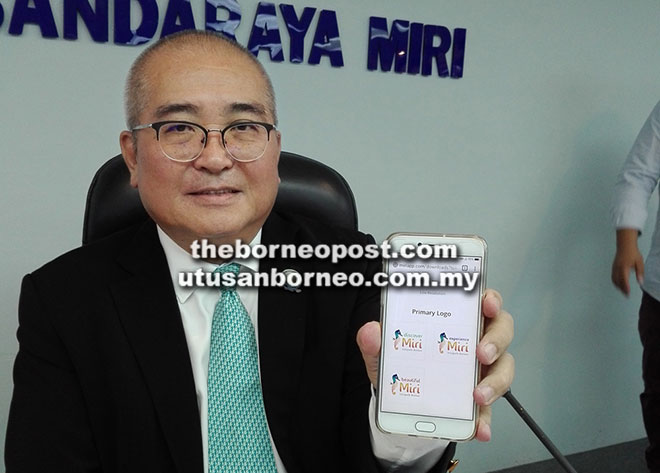 MIRI: Members of the public, especially Mirians, can expect something special for this resort city’s 2018 New Year Countdown celebration.

Mayor Adam Yii said besides ushering the New Year 2018, it is also a countdown for Visit Miri Year (VMY) 2018.

“The year of 2018 is a special year for Miri because it is a tourism year for the city. We have put in place the countdown programme spread over three days starting from Dec 29th until Dec 31st,” he stated to the media after chairing a full council meeting at MCC’s chamber yesterday.

Yii added the three-day event would be taking place at Marina Central Park. He further said the programme for December 29 to 30 would be similar; starting with a bazaar from 10am until 10pm and the park will turn lively in the evening with stage events such as musical and dance performances from 6pm to 10pm.

On Dec 31, he said Assistant Minister of Tourism, Arts and Culture Datuk Lee Kim Shin is expected to represent Chief Minister Datuk Patinggi Abang Johari Tun Openg as the guest of honour to officiate the New Year and VMY 2018 countdown.

“We are going to reveal the VMY 2018 mascot and present prizes to the winner for MCC’s tourism video contest as well as stage performances scheduled from 6pm until 12.30 midnight that will showcase local talents.

“The eight-minute firework display would be the highlight for the countdown celebration.”

For the bazaar, he said the business opening hours would be extended until midnight.

Touching on VMY 2018 with the tagline ‘Discover Miri, Uniquely Borneo’, he said it will have economic spin-offs on tourism organisations, hotels, cottage industries and other businesses across the state and country. Thus, he encouraged parties to use the VMY 2018 logo in their merchandise which can be downloaded via Miri App.