Wednesday, May 27
You are at:Home»News»Sarawak»2 evacuation centres for flood victims open in Limbang 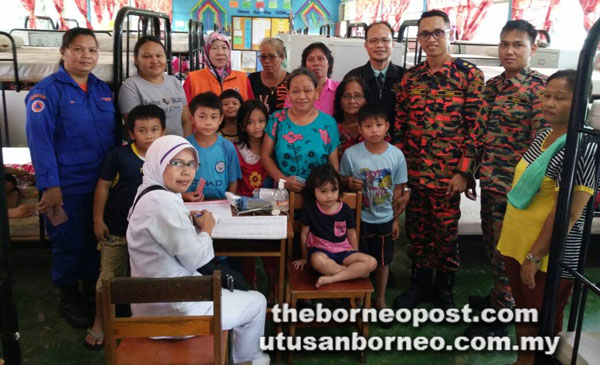 Azman (standing third right) and other Bomba personnel in a photo call with evacuees at the SK Menuang Evacuation Centre.

“The evacuation centre at Medamit Community Hall was closed this afternoon and the flood victims were allowed to return home as flood water began receding,” he said yesterday.

He said several areas in Batu Danau were also flooded while roads leading to Kampung Telahak, Ulak and Binjai cut off.

In Sundar, Lawas no evacuation centre was opened and monitoring conducted showed that the flood water level had receded.