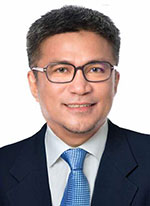 Assistant Minister of Education and Technological Research Dr Annuar Rapaee pointed out that without the agreement on selection of candidates, either SUPP or UPP is subject to the elements of sabotaging at the worst level.

This, he said, would be the main contributing factor to the failure of winning the two seats.

“Therefore as GE14 (14th general election) could be called at any time next year, it is an acid test for both parties (SUPP and UPP) to discard either their ego or arrogance in interest of BN to ensure a better future for the Sibu folk.

“Only unity between SUPP and UPP could ensure better chance for BN to win Sibu and Lanang. It is pivotal for BN to claim these two seats, which have long been held by the opposition, so that more development could be channelled to Sibu,” he told thesundaypost.

Dr Annuar, who is also Assistant Minister of Housing and Public Health, was reacting to The Borneo Post’s article yesterday with the heading ‘GE14: SUPP out to reject direct BN candidates, says party chief’.

The SUPP had resolved to reject direct BN candidates for GE14 during its triennial delegates conference (TDC) in Kuching on Friday.

Re-elected SUPP president Datuk Dr Sim Kui Hian had said that this would be the one and only resolution adopted by the delegates at the TDC.

On this, Dr Annuar said: “If SUPP were to reject direct BN candidates, similarly UPP would not agree with SUPP candidate and in the end, DAP would benefit and could easily retain both Sibu and Lanang, even if their (DAP) current MPs have not been performing.”

“Even though I am a PBB (Parti Pesaka Bumiputera Bersatu) member and should not speak or meddle in internal problems besieging UPP and SUPP – as the assemblyman for Nangka, which of among the three state constituencies under the large Sibu parliamentary area, it is my fervent hope to see both parties become united once and for all, to fulfil the wish of BN leadership and its key performance indicator (KPI) for Sarawak.”

Dr Annuar said the unity between UPP and SUPP would help to consolidate the hard work and efforts put up by PBB members in Nangka.

“So, do not waste our PBB members’ efforts and loyalty for BN all this while,” he stressed.

Moreover, Dr Annuar reckoned that the approaching Christmas and New Year might present the best time for SUPP and UPP to sit down, think for the future and start things anew.

“It is better to win a war rather than just a battle. A war here is to recapture Sibu and Lanang, whereas a battle is just (a matter of) who will be the candidates (for Sibu and Lanang),” he opined.

In the parliamentary election of 2013, DAP fielded a new face, pharmacist Oscar Ling, in Sibu where he garnered 26,808 votes to edge his closest rival Temenggong Dato Vincent Lau who polled 23,967 votes, while Independent Narawi Haron got 203 votes in a three-cornered fight.