Saturday, July 11
You are at:Home»Business»Challenging year for Labuan’s oil and gas in 2017 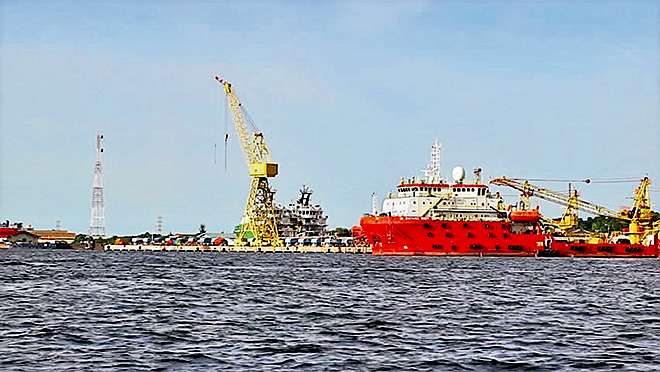 The island is blessed with the potential to be the oil and gas hub that has paved the way for a feasibility study amounting to RM14.31 million approved for implementation in 2018, and that the bridge will eventually materialise.

LABUAN: The year 2017 has been a challenging one for Malaysia’s oil and gas (O&G) hub of Labuan, with the island’s key engine of economic growth continuing to run at a slow pace.

This has somewhat overshadowed Prime Minister Datuk Seri Najib Tun Razak’s announcement of a feasibility study on a bridge to connect Labuan to the Sabah mainland. The proposed link is poised to be an economic game-changer for Labuan once it is put in place.

Notably, a number of O&G companies were shut down or had their operations downsized since last year, but the people here continue to be self-resilient.

Still, in spite of these challenges, the people and business community in the duty-free-island keep reminding themselves that ‘the darkest hour is just before dawn’…positivity, whether in personal life or business, is a choice rather than an outcome.

Many do not believe that Labuan – the only O&G hub in the region – is facing such problems as other oil-producing states and countries are also not spared from being affected badly by the slowdown.

The island is blessed with the potential to be the oil and gas hub that has paved the way for a feasibility study amounting to RM14.31 million (announced in Budget 2018), approved for implementation in 2018, and that the bridge will eventually materialise.

It has long been hoped that the bridge linking Labuan to the mainland would take off the ground to transform the island’s current economic landscape.

While a few quarters have questioned the government’s intention to build the bridge, Minister in the Prime Minister’s Department Datuk Seri Abdul Rahman Dahlan has been quoted as saying the construction of the bridge was on the priority list of both the Sabah and federal governments.

Rahman’s assurance is a boon (to the people) and greatly helped boost the people’s confidence in the government’s economic long-term plan for the island.

Moving forward, Labuan’s economy is changing gradually with the tourism sector making its mark, with increased tourism arrivals this year and activated tourism activities in the popular tourist islands of Pulau Papan and Pulau Rusukan Kecil.

The number of foreign and domestic visitors to these islands surged tremendously, not only for scuba diving and snorkelling but also for extreme water sports activities.

The internationally-renowned newly-discovered Vernon Bank diving site in Labuan’s waters, which was promoted globally through the international diving promotion platform of DEMA Orlando, Florida 2017 by Labuan-born world famous Tourism Malaysia diving ambassador Clement Lee, is another of the duty-free island’s significant tourism breakthroughs which will help lure more foreign divers to the island.

As for sports, Labuan is set to become a haven for motorcycling enthusiasts with the construction of the Labuan International Motorsports Circuit early next year.

Costing RM7 million, the project will be built on a five-acre site in Kiansam in two phases and is scheduled to be completed in 2018.

The project was applied for five years ago at the request of the Labuan youth and its approval was granted in the middle of this year. — Bernama