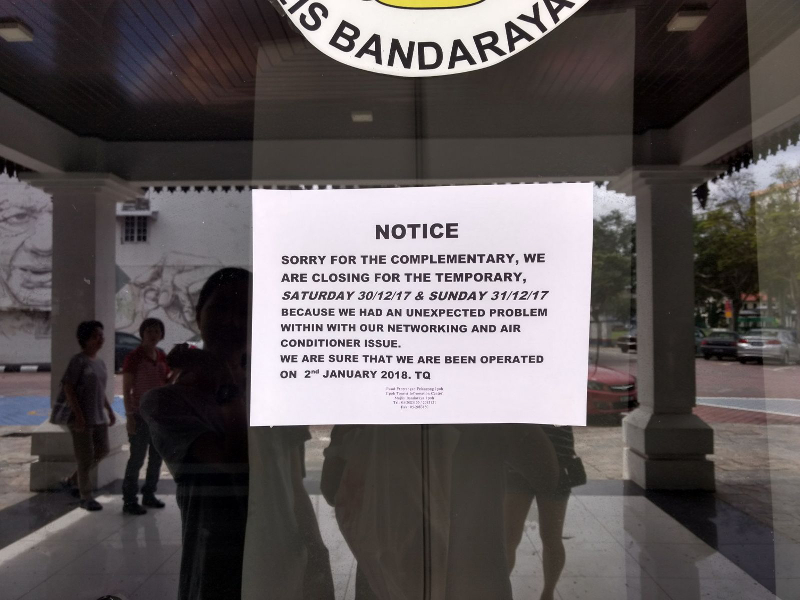 A photo of the error-ridden notice has been circulating on social media.

IPOH: Perak Menteri Besar Datuk Seri Dr Zambry Abd Kadir has expressed criticism over a notice in English at the entrance of the Perak Tourism Information Centre here last week that was error-ridden.

He said any notice or announcement should be reviewed and scrutinised to prevent any mistake.

Text in English should not be produced through direct translation from any other language or by using the translation engines available on the Internet, he said.

Zambry spoke to reporters after a visit to the newly unearthed World War II underground bunker built by the British military near the Sultan Azlan Shah Airport here today.

The notice had been put up to inform the public that the centre would be closed on Dec 30 and 31 due to problems associated with the Internet and air-conditioners.

The menteri besar said the incident should serve as a lesson for all government employees, particularly in the state, so that such a mistake did not recur.

He said that though the mistake could be assumed to be minor, it reflected the lack of seriousness in the issuing of an official statement or instruction and led to people making fun of the whole thing.

He also said that the incident also served as a reminder to everyone, both at the senior or lower levels, that in official government matters announcements must be made in Bahasa Malaysia. – Bernama