Sunday, February 5
You are at:Home»Business»Ringgit to range between 3.80 to 3.95 in 1Q
For the freshest news, join The Borneo Post's Telegram Channel and The Borneo Post on Newswav. 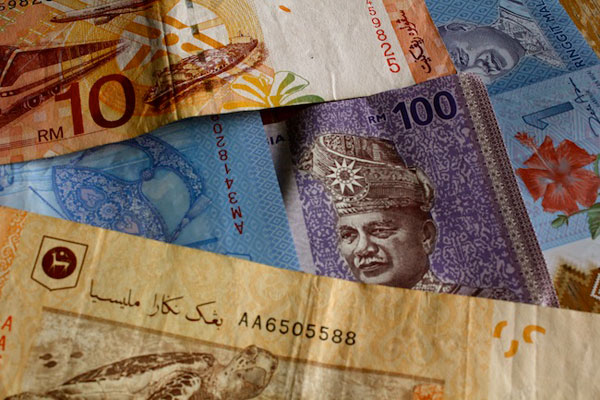 Asian currencies including the ringgit, were gaining traction again the US dollar in recent weeks as the weaker trend of the greenback continued.

KUALA LUMPUR: The Malaysian ringgit is expected to gradually strengthen against the US dollar in the near term and oscillate between 3.80 to 3.95 in the first quarter, if the upward momentum continues, said economists.

MIDF Amanah Investment Bank Bhd chief economist Dr Kamaruddin Mohd Nor said in general, Asian currencies including the ringgit, were gaining traction again the US dollar in recent weeks as the weaker trend of the greenback continued.

“This has resulted in investors shifting their perception towards changes in monetary policies and growth expectations, to influence their investment decision.

“The weaker US dollar, as well as a host of other supporting factors like the positive macroeconomics performance and favourable outlook of the country, supported the strengthening of the ringgit,” he told Bernama.

However, moving forward, the upward momentum of the ringgit could be hindered by weaker than expected growth, weakening commodity prices, a slow down in international trade and heightened political risk, he said.

Meanwhile, RHB Banking Group’s Chief Economist and Head of Research, Dr Arup Raha said as the ringgit is believed to be about six to eight per cent undervalued at current levels, and with currencies typically overshot, the local unit could further strengthen.

But, he said the movement of the ringgit would depend a lot on overseas developments, in particular in the US and in oil markets.

Although the recent US government shutdown was viewed as temporary and not something to be worried about by the market, Arup said the US debt ceiling which has to be raised in March, remained a nettlesome problem and would spook markets if a deal is ever in doubt.

A lot depends on how toxic the politics is in the US and against this backdrop, the US dollar could weaken or the ringgit strengthen.

“On the other hand if you got strong inflation numbers in the US, and markets started recalculating their projections for US rates, that would be US dollar positive or ringgit negative,” he added.

On another note, against regional peers, Arup said the main factor that distinguishing the ringgit from other regional currencies was the oil price as Malaysia is a net exporter of the commodity.

In 2017, for example, the ringgit weakened versus the Singapore dollar in the first half and strengthened in the second half, largely due to the run up in oil prices, he said.

“It tells you that while the ringgit has been strong versus the greenback, it was not viewed as a strong currency on a regional basis, until oil prices rallied,” Arup added.

Moving forward, he said, oil prices are not expected to firm much from here, and over the medium term,  should, in fact, come down.

Arup projected Brent crude prices to average around US$64 a barrel for this year. — Bernama