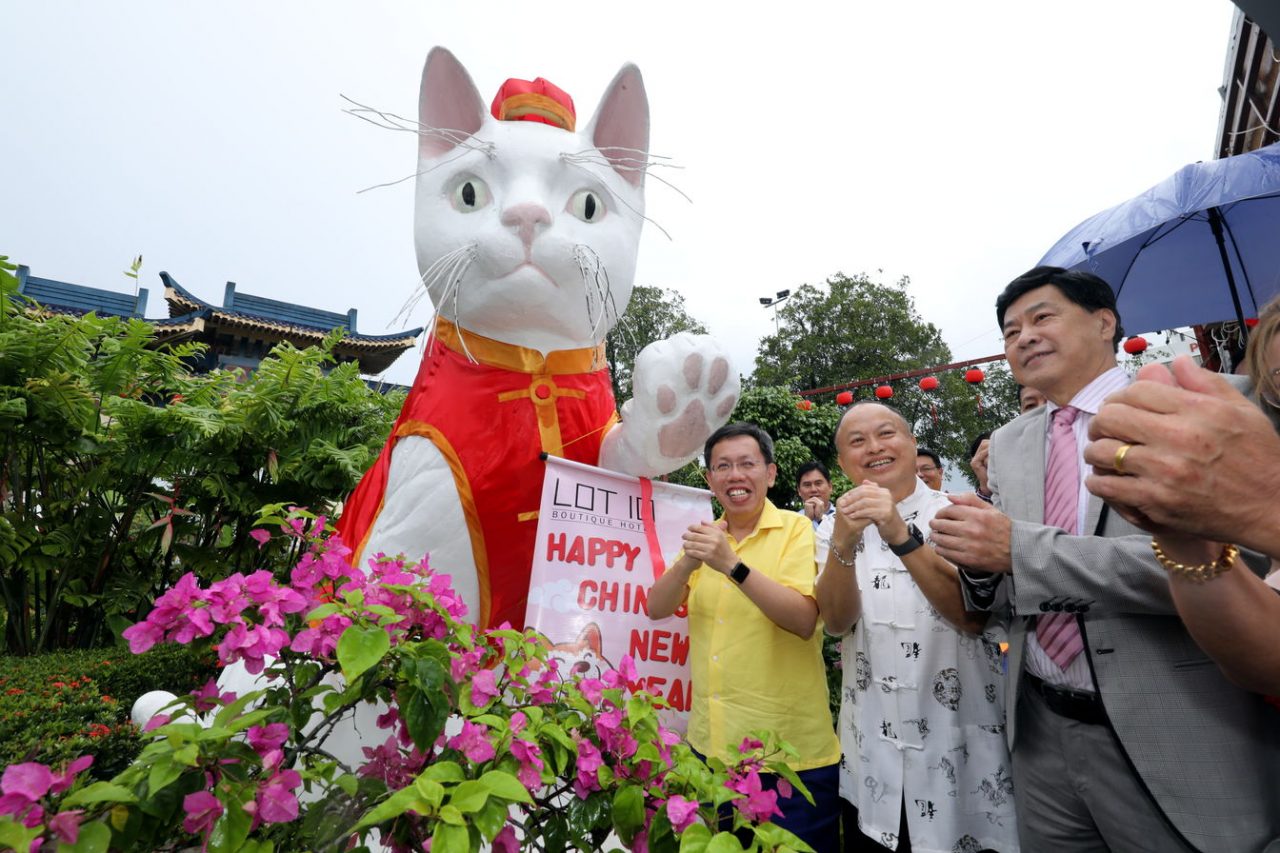 From left, Dr Sim, Chan and KK Wong pose next to the dressed up white cat statue. – Photo by Chimon Upon

KUCHING: The white cat statue in Padungan here is now donning the traditional Chinese costume to ring in the Year of the Dog.

Launching the dress-up ceremony today was Minister of Local Government and Housing Datuk Dr Sim Kui Hian amid the drizzle.

Kuching South City Council (MBKS) mayor Datuk James Chan, who was also present, said he was pleased that the white cat statue was dressed up despite the unpromising weather.

“Despite the rain, we dressed up the cat. It looked impossible but nothing is impossible,” he said after the ceremony.

The event was sponsored by Lot 10 Boutique Hotel proprietor Wong Kuok Kai, who is widely known as KK Wong.

This marked the second year KK Wong funded the dressing cost, which was said to be around RM1,000.

While lauding KK Wong for his contribution, Chan hoped that more individuals or corporations would come forward for the same cause.

“We must try to do what we can for not just the city but also the country. I hope more others will follow suit,” added the mayor.

Previous ArticleRabies outbreak: Public told to be responsible for safety during CNY
Next Article 18 hurt as burning van slams into crowd in Shanghai