Thursday, August 6
You are at:Home»News»Sarawak»2 new ambulances for Sarikei Hospital 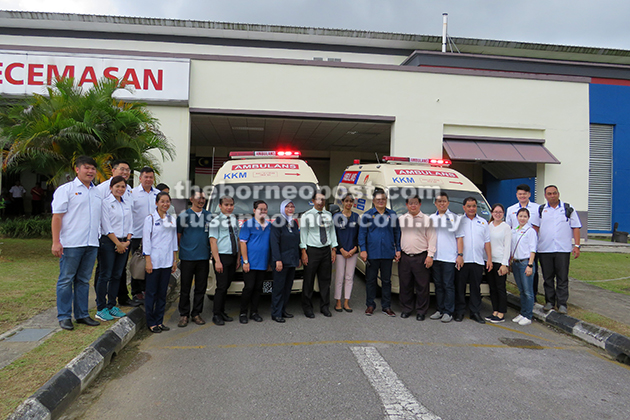 Huang (eighth right) and entourage pose for a group photo with the hospital’s staff in front of the two new ambulances.

SARIKEI: Sarikei Hospital recently received two new ambulances to replace the old ones which had been written off by the Board of Survey.

Repok assemblyman, Dato Sri Huang Tiong Sii who helped to request for the ambulances from the Ministry of Health, officially handed the two vehicles costing about RM500,000 each  to the hospital recently.

He hoped the two ambulances would help to address the problems encountered by the hospital especially in coping with emergency cases such as responding to road accidents and transferring of patients to Sibu or Kuching hospitals, Huang said in his brief speech.