Thursday, August 6
You are at:Home»News»Sarawak»Agencies set up WhatsApp group for immediate response 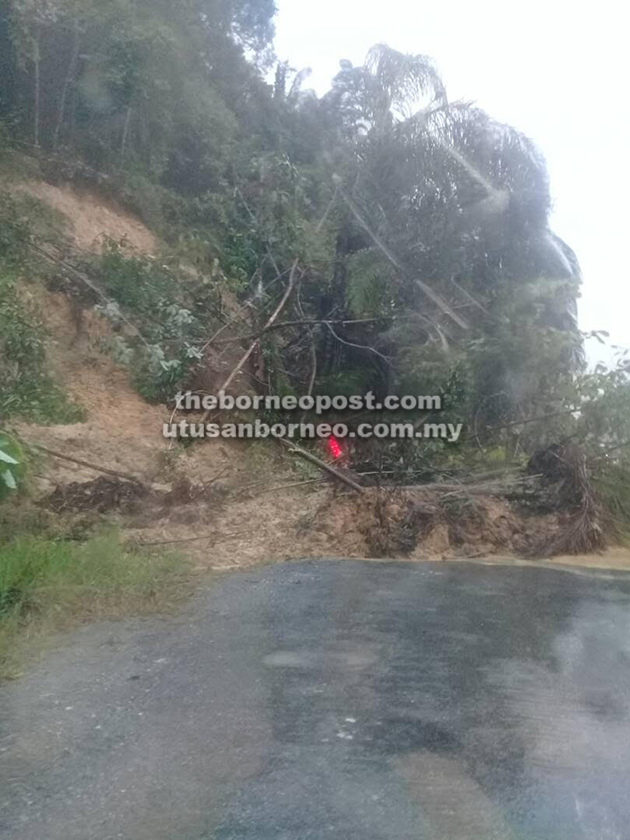 A section of the 34km Menjawah-Belaga road which was affected by landslide yesterday.

KUCHING: The Ministry of Infrastructure Development and Transportation (MIDT) and state Public Works Department (PWD) have set up a WhatsApp group in order to provide swifter response to complaints and feedback, especially for urgent road repair and maintenance during the current wet and rainy season.

Deputy Chief Minister and Minister of Infrastructure Development and Transportation Tan Sri Datuk Amar Dr James Masing said it is vital that the two agencies collaborate closely as Sarawak does not have the luxury of having many trunk roads criss crossing the state.

“The state PWD and MIDT have set up a WhatsApp group whereby all the engineers in every district and my boys from MIDT are well connected. So whenever we have a situation, we will respond immediately and carry out the necessary maintenance and repair works in the shortest possible time.

“A case in point is the recent road repair along the Serian-Sri Aman road whereby a section of the road was totally cut off. So, because we have the WhatsApp group, we have been able to respond faster than the conventional way,” Masing told The Borneo Post yesterday.

He said during the current wet season, both MIDT and PWD personnel had been on their toes as many roads across the state had been damaged by incessant rain.

On a related issue, Masing said Cahya Mata Sarawak (CMS) had been tasked to clear any landslides along the Menjawah-Belaga road while another company would be assigned to carry out road maintenance along the 34km stretch of road which was built by the army under the Jiwa Murni programme.

The immediate task for CMS now is to clear a landslide that occurred along the road early yesterday, which totally cut off Belaga from the outside world yet again.

“My ministry will award the contract to improve the road very soon. Meanwhile, we have tasked the job to CMS to clear any landslides along the road,” he said, adding that the recent allocation of RM86 million will be used to upgrade the road soon.

During his first visit to Belaga on Dec 27 last year, Abang Johari had announced an allocation of RM86 million to upgrade the road. The road is susceptible to landslides due to its steep gradients and lack of good foundation.