Sunday, September 20
You are at:Home»News»Nation»Concept paper on cryptocurrency to be finalised this month – BNM governor 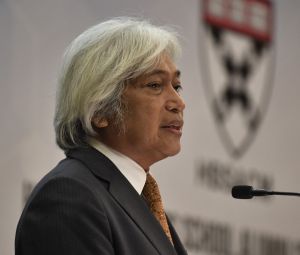 KUALA LUMPUR: A concept paper on cryptocurrency will be finalised this month and made available for the public to decide on the future of this form of currency, said Bank Negara Malaysia Governor, Tan Sri Muhammad Ibrahim.

“Basically, we are going to make the promoter of the cryptocurrency, which include bitcoin, ethereum and ripple, to be more transparent, the methodology transparent and the people behind it transparent too.

“Hopefully, by doing this, the people can make their decision on whether to invest in cryptocurrency,” he said during a question-and-answer session at the recent 40th Anniversary Dinner of Harvard Business School Alumni Club of Malaysia.

Some 250 of Harvard Business School alumni attended the dinner.

He said Malaysia was taking a slightly different approach towards the cryptocurrency, unlike some countries which decided to ban it.

“We are not going to ban it for now, but we are going to let the market decide the future of cryptocurrency. The key point is that they must know what they are in,” he said, adding that BNM did not recognise the cryptocurrency as the fiat money.

Finance Minister II, Datuk Seri Johari Abdul Ghani, had said Malaysia would not impose a blanket ban on cryptocurrency trading as more locals bet on the new investment asset class and there was growing interest for a currency that was free from regulatory claws.

He said banning the cryptocurrencies, including bitcoin, would only curb innovation and creativity in the financial sector, particularly financial technology.

As of September 2017, there were over 1,100 digital currencies in existence.

The cryptocurrencies are normally used outside the existing banking and governmental institutions and are exchanged over the Internet.

Earlier, the governor also said, based on data, many people, aged between 35 and 45, were declared bankrupt due to the default in payment of credit cards.

“This group of people will start to have family, buy a house, car and send their children to school.

“Having said this, people need to live within their own means. It is no doubt that the cost of living is high but the cost of lifestyle is also something that they should be looking into,” he said.

Muhammad said he was concerned at the price of affordable houses which would burden those especially in the Bottom 40 per cent category (salary bracket of RM3,855 and below).

“There has been an oversupply in the property market for the high-rise condominium but the prices are not affordable. We need to correct this including through the market mechanism,” he said. – Bernama