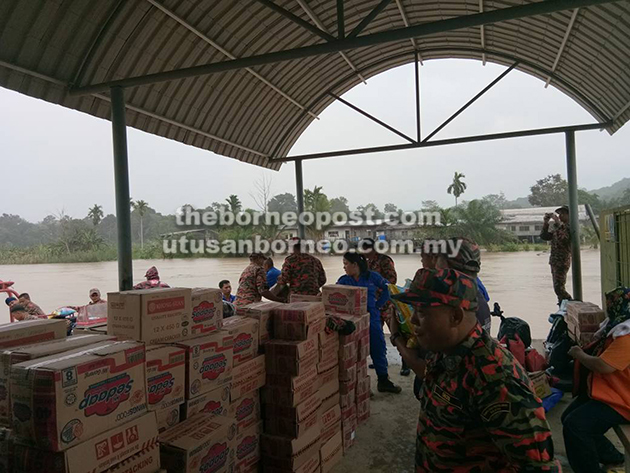 Firefighters and APM work together to unload the food supplies from the express boat.

LONG LOYANG, Baram: More than 100 families affected by the flood here have received food aid – thanks to swift deliveries by several government agencies.

Apart from APM Miri, the aid included contributions from the Fire and Rescue Department and state Welfare Department.

“The food supplies could not be delivered to Long Loyang all at once – some of them had to be placed temporarily at Lapok Wharf, under the supervision of Fire and Rescue personnel.

“The delivery was made via an express boat,” said Mohd Hazle.