Tuesday, November 29
You are at:Home»Features»Helping rural communities to help themselves 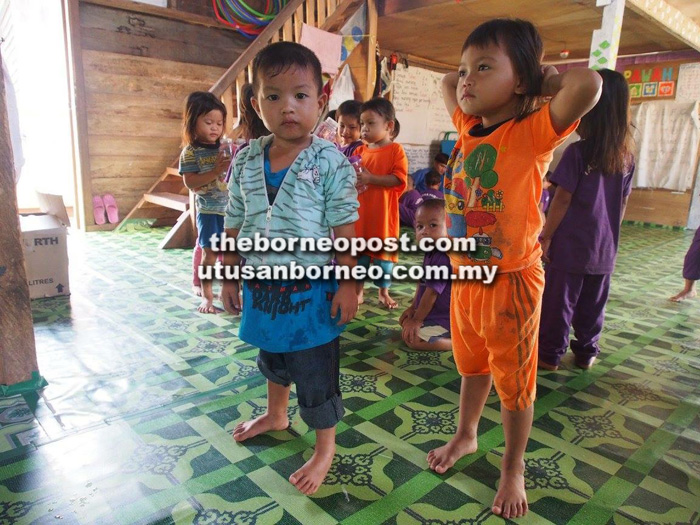 Children at the corridor of the main community hall-cum-classroom which is used as a kindergarten.

IT is neither easy nor economical to provide electricity supply to the scattered interior of Sarawak. Even if it is done, another problem is likely to crop up — the inability of users from these remote areas to foot the power bill.

The saving grace, however, is the state’s abundant rivers and their tributaries, many of which have waterfalls. To provide electricity to rural homes far from the main supply grid, the next best thing is to tap the power of the cascading white waters to produce current. Instead of letting the torrents go to waste, micro-hydro systems can be built to convert them into electrical energy for the benefit of the rural communities.

A non-profit organisation called Barefoot Mercy (BFM), founded by three public-spirited persons — Anna Wee together with Doreen Ho and Elaine Chan — is reaching out to the rural folk by harnessing hydro power to produce electricity for their daily use.

BFM members and volunteers have pitched in, each with their specialties, to provide basic amenities to the indigenous communities. Among others, they have carried out micro-hydro projects at various remote locations such as Long Kerabangan, Long Tanid, Pa Brunut, Nanga Talong Engkari, Puneng Trusan, Long Lidung, Long Resina, Long Beluyu, and Long Remirang.

It is feasible to build micro-hydro systems in areas with plentiful rainfall that produces steady flowing streams all year round. These small-scale power-generating systems require fairly basic technology to generate ‘affordable clean’ energy as they do not use fossil fuel.

Some of the basic items for building micro-hydro systems are turbine-generators, high pressure pipes and cables while labour can be sourced from the villagers, giving them a sense of ownership of the property. In short, through their hands-on participation, the villagers themselves become very much part of the implementation process.

Wee stressed the beneficiaries are encouraged to practise self-reliance and not “thrive on a hand-out mentality”.

“We emphasise to the villagers that it’s important to play their part by taking the responsibility to maintain the smooth running of the micro-hydro systems built for their benefit.”

Wee explained that ‘barefoot’ signifies bare bones simplicity and it also has a connotation that human communities have a fundamental connection to nature.

“We, thus, should humbly submit ourselves to Mother Nature. The off-grid harnessing of energy from a natural source — such as a waterfall — is one example of how we can interact with Mother Nature and get her to provide for us.”

As for ‘mercy’, she said it is associated with charitable services for the needy, particularly people living far from towns or cities.

“The overarching aim is to help these people to help themselves. So, essentially, the name Barefoot Mercy reflects the spirit that drives the organisation to do what it does and where it does,” she explained. 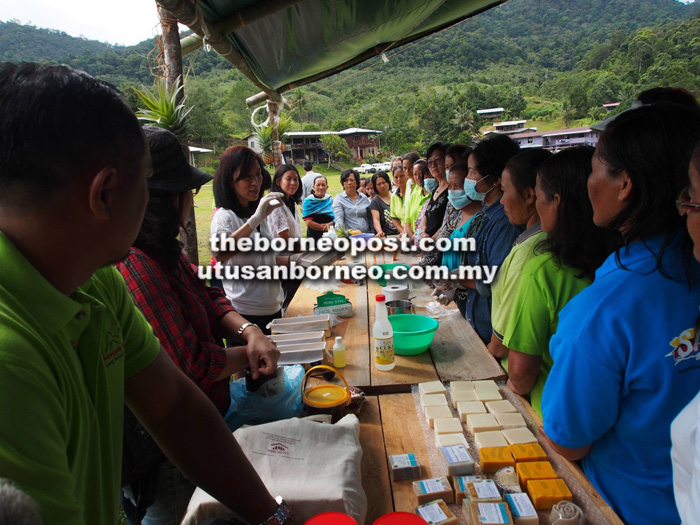 According to Wee, in December 2017, BFM completed the first phase of a project for a main community hall-cum-classroom, which is used as a kindergarten, at Long Lamam, Baram. The second phase which will include the provision of boarding facilities and communal toilets, is scheduled to start in the first quarter of this year.

The boarding facilities will benefit 35 children in Long Laman — and more from the nearby villages.

contribute RM2,400 a year to support a child by paying for his or her uniforms, food, books and other necessities.

For economic development, BMF runs workshops to impart vocational skills to the womenfolk to add value to their products. The activities planned include a pineapple fest where participants will be taught to make soap, enzyme and chutney — and also assisted in bringing their products to the market.

The organisation also held a workshop to help the villagers at Puneng Trusan market their harvests of pineapples in the city. To enable this community enterprise, BFM acquired a dehydrator for the products from the village which include pineapple jam, dehydrated fruits, pineapple digestive enzymes and mountain spring salts from the highlands.

These products are packed by the womenfolk before being sent to Kuching.

In 2017, the Star Golden Hearts Award honoured the works of unsung Malaysian heroes who have gone out of their way to help the needy from different racial, cultural and religious backgrounds. Last year’s event was sponsored by Yayasan Gamuda.

In recognition of its efforts to improve the quality of life in rural Sarawak, Barefoot Mercy was presented with the Star-Gamuda Inspiration Award. The recipient of accolade for the person or the group coming closest to fulfilling the criteria of heroism, altruism and inclusivity, was chosen from the pool of winners.

BFM also won the ‘Star Foundation Golden Hearts Award 2017’ and the achievement has greatly motivated the organisation to do even more for those in need.

Wee said she was surprised by the award as she never expected their work to be recognised outside Sarawak, adding that being chosen over more than 100 nominees was a great honour.

BFM has organised many fundraising and charitable events and among the bigger functions were the BFM’s Benefit Dinner at Borneo Convention Centre Kuching in 2015; BFM’s Charity Dinner, featuring the Malaysian Association of Chinese Comedians in 2013; and the BFM Charity Dinner, where guests were entertained to a sketch-comedy revue by the Kuala Lumpur Performing Arts Centre in 2012.