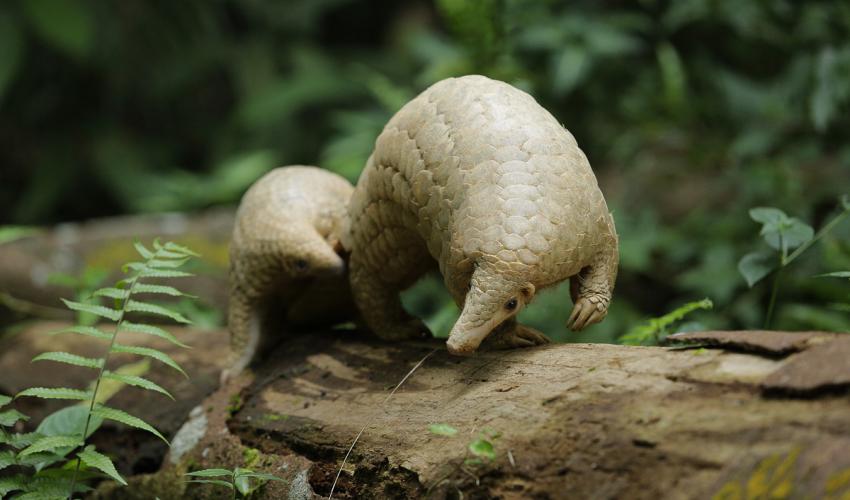 The Sunda pangolin lives in Southeast Asia and is classified as Critically Endangered by The International Union for Conservation of Nature (IUCN) Red List of Threatened Species. Photo: Wildlife Reserves Singapore via IUCN website

SANDAKAN: The Sunda pangolin has been upgraded to a totally protected species in Sabah, and joins the ranks of the Orangutan, Sun Bear and several other iconic species found in the state.

Sabah Tourism, Culture and Environment Minister Datuk Masidi Manjun said this meant that it was forbidden to hunt, consume or sell pangolins or their parts and offenders could face the maximum penalty as provided for in the Sabah Wildlife Conservation Enactment 1997.

“The document to upgrade the protection status of pangolins has been approved by the Sabah State Cabinet,” he said in a speech at the launch of a pangolin sculpture at the Sandakan Airport here today.

The text of his speech was read out by Assistant Minister Datuk Kamarlin Ombi, who launched the sculpture built from recycled polycarbonate advertising boards and used bottles.

Masidi said one of the biggest challenges in pangolin conservation was that very little was known about “this highly secretive and elusive creature”.

He said that for millions of years, pangolins have evolved and adapted to enable them to remain undetected and were often found in low densities based on camera trapping studies.

This made them rarely seen and particularly difficult to study, leading scientists to believe this species was in significant danger of extinction, he said.

Despite the existence of wildlife laws in different countries, poaching and illegal trafficking of wildlife species still persisted, he said.

“The general trend today indicates that elephants, rhinos and pangolins are the most poached species primarily for their ivory, horn and scales, respectively.

“Certainly, the threat to pangolins has become very serious in the past five years. Pangolins are a very vulnerable species and are hunted,” he said.

Masidi said pangolin scales and meat were in high demand in Asian markets for their supposedly miraculous healing properties.

He stressed that local communities could play a positive role in helping to curb the illegal wildlife trade.

On the pangolin sculpture at the airport, he said the collective effort of Future Alam Borneo, Danau Girang Field Centre and Malaysia Airports Berhad in showcasing the sculpture was important in raising awareness on wildlife in the state.

He said it was timely for the NGOs to work with Malaysia Airports to combat wildlife crime and send a message that humans and wildlife must co-exist.

The sculpture, at the entrance to the departure hall, was built by Japson Wong of JF Production. – Bernama