Thursday, July 7
You are at:Home»News»Sabah»Driver injured as acid-laden truck skids 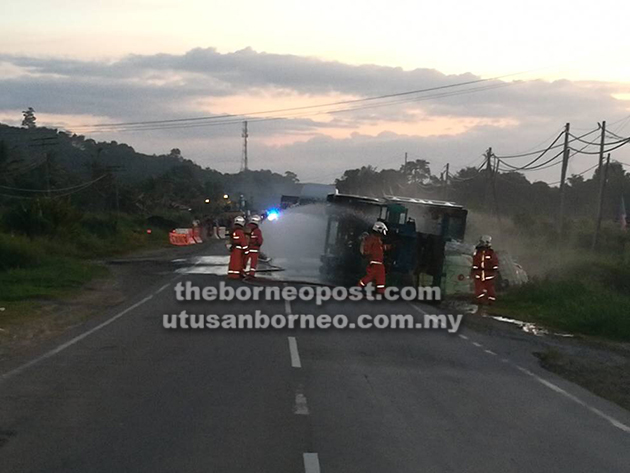 BEAUFORT: A truck driver was slightly injured when he lost of control his vehicle while transporting sulphuric acid along Mile 2.5 Beaufort-Sipitang Road on Monday.

“Investigation reveals the driver lost control of the wheel, causing the truck to skid on the road before landing on its side.

“This causes spillage of the liquid onto the road.

“Police were forced to close both ends of the road for safety purposes,” he said, adding that the incident also caused  two kilometres of traffic jam.

Meanwhile, Beaufort Fire and Rescue station chief Hasbullah Nenggok said 16 personnel from Beaufort and 10 Hazmat personnel from Kota Kinabalu were at the scene to control the situation.

“We managed to control the situation a couple of hours later.

“The truck was then lifted with a crane and we escorted it to its destination,” he said.