Tuesday, February 7
You are at:Home»News»Sabah»CM thanks KL for huge allocation
For the freshest news, join The Borneo Post's Telegram Channel and The Borneo Post on Newswav. 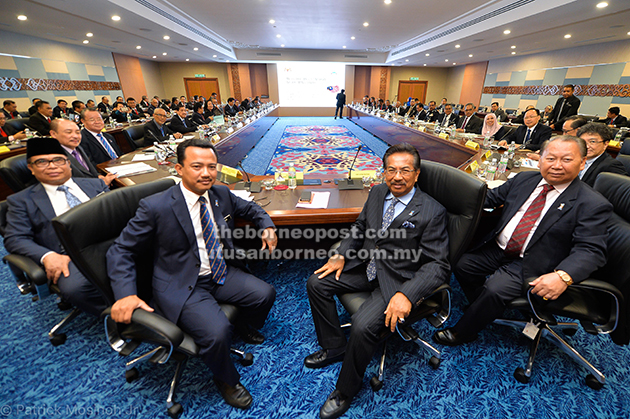 KOTA KINABALU: Chief Minister Tan Sri Musa Haji Aman  expressed his gratitude to the Federal Government for the large allocation of RM3.87 billion given to Sabah in the Third Rolling Plan of the 11th Malaysia Plan (11MP) for the year 2018.

He said the significant allocations for Sabah includes the RM250 million for Eastern Sabah Security Command to further improve border control in Sabah and Sarawak, RM1 billion for the Pan Borneo highway project this year, RM10 billion to repair dilapidated schools which would be carried out in two phases, as well as for public infrastructure maintenance and basic infrastructure projects.

Additionally, the Tawau hospital has been allocated RM253 million for the construction of an additional building, while RM35.19 million has been allocated for special programmes catered for the people of Sabah such as the native customary right (NCR) land, Native Courts for Kunak, Ranau and Tambunan; and for human capital development programmes.

He stated this during a press conference after chairing the State Economic Action Council meeting held at the State Administration Building near here yesteday.

Musa also said that the Malaysian economy had registered a grouth of about 9.5 percent in 2017 while in 2016, the growth was 4.2 percent.

He added that this was proof that the structural changes by Prime Minister Dato Sri Najib Tun Razak had been effective and the country was now at the right platform to steer its development and prosperity of the nation.

He also urged all civil servants to be highly committed and foster good cooperation among one another to ensure all that had been planned can be completed without any delay.

He said that it was important for civil servants to be ready to give their best services since what they achieve will be for the good of the people they serve.

“If we are united, we will be able to implement all the tasks and achieve our targeted aim,” he said.