Tuesday, August 9
You are at:Home»News»Sabah»Lost pangolin given to Wildlife Dept 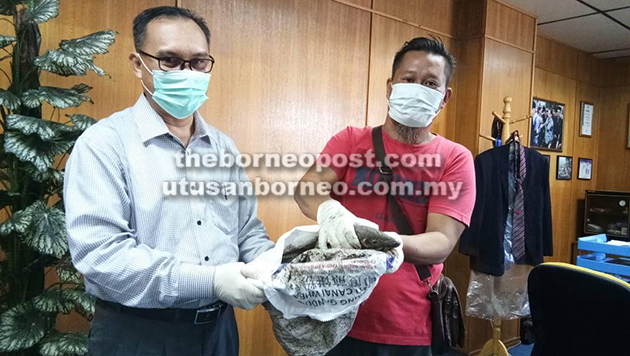 SANDAKAN: The Wildlife Department here received a Sunda pangolin from a local man who found the mammal at Jalan Airport, Mile 7 here on Saturday.

Riduan Hassan, 45, encountered the animal while passing the road on Saturday night before deciding to hand it to the Sandakan Wildlife Department yesterday.

According to Wildlife Department officer Hussien Muin, the Sunda pangolin is estimated to be around one year old.

“The Sunda pangolin will be sent to the Sepilok Orang Utan Conservation Center for further action before being released back to its habitat,” he said.

The department praised Riduan and hoped that awareness in protecting wildlife such as the Sunda pangolin can be enhanced in the future.

Under the new upgraded status, hunting, consuming or selling pangolins or its parts is forbidden and offenders can face the maximum penalty as enshrined in the Wildlife Conservation Enactment 1997.