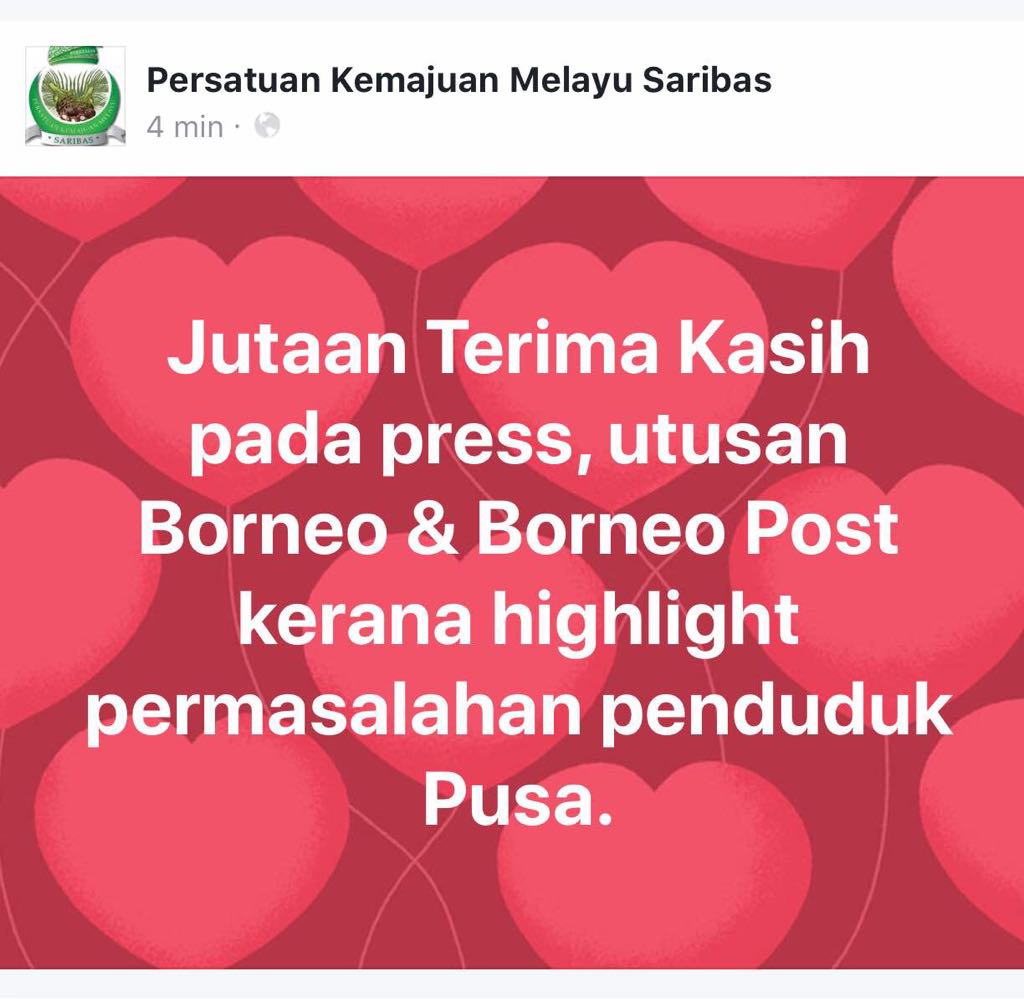 The people of Pusa expressing their appreciation for having their water problem highlighted.

PUSA: Workers are delivering the high-density polyethylene (HDPE) pipes, meant to be laid along the bridge across Sungai Rimbas as a temporary means to address water woes in Kampung Seberang Pusa.

The lorry arrived here from Betong at 6pm today and workers were busy unloading the pipes along the Tandang Sari bridge at 6.30pm.

According to the lorry driver, he transported 40 pipes in the first trip out of 100 pipes purchased from his shop.

“The number will be increased, if the present quantity is not sufficient, he said.

The Rural Water Supply Department (JBALB), in a media statement, said its said ground crew suspected there was a leak on the pipe system under Sungai Rimbas.

Immediate solution would be laying a temporary line across the bridge to bring enough water to Kampung Pusa Seberang urgently, and abandon the submarine main.

JBLAB also said a project tender would be called next week. It is said that the project would cost RM12 million.

This is the long-term solution to the water problem. (In the meantime) sufficient water tankers are being arranged for the affected consumers, it said.

The villagers seem happy with the new development, shouting “thank you” to the reporter for helping them to highlight the problem in Pusa.