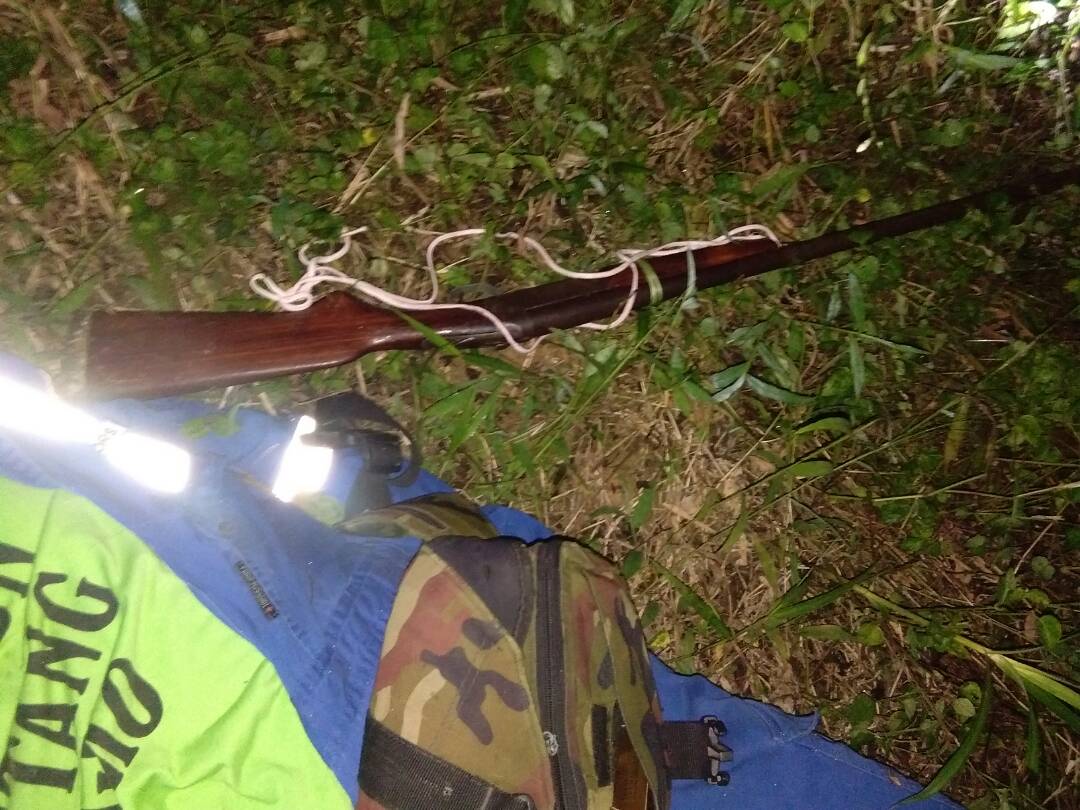 The victim’s shotgun used for hunting found near his body.

LAWAS: A hunting trip turned tragic for an Indonesian man when he was mistaken for a wild boar and was accidentally shot dead by another hunter in the forested area of the Samling Road palm oil estate here Friday night.

In the 8pm incident, the victim Diki from Long Bawan Indonesia, was found dead lying on his back, with three gunshots on the left side of his body.

Lawas District police chief DSP Abang Zainal Abidin Abang Ahmad said today that before the incident, the 54-year-old suspect went out alone from his home in Kampung Sahabat Baru, Merapok Road bringing a shotgun with him.

It was said that at 8pm,  the suspect allegedly saw a wild boar moving in the forest and then fired at it.

“Upon firing, the suspect heard someone screamed and upon checking he found the victim dead with gunshot wounds,” he said.

The suspect then returned home and informed his brother. He lodged a police report at 11.32pm.

Abang Zainal said when investigating at the scene of the incident, police found a shotgun and a black bag containing a bullet believed to have belonged to the victim.

“Following the incident, the suspect also surrendered himself to the police, with the shotgun used for hunting,” he said.

The body of the victim was sent to Lawas Hospital for post-mortem and the case is investigated under Section 304 A of the Penal Code and Section 8 of the Firearms Act 1960.