Saturday, January 22
You are at:Home»News»Sarawak»Riot confident BN will win big in GE14 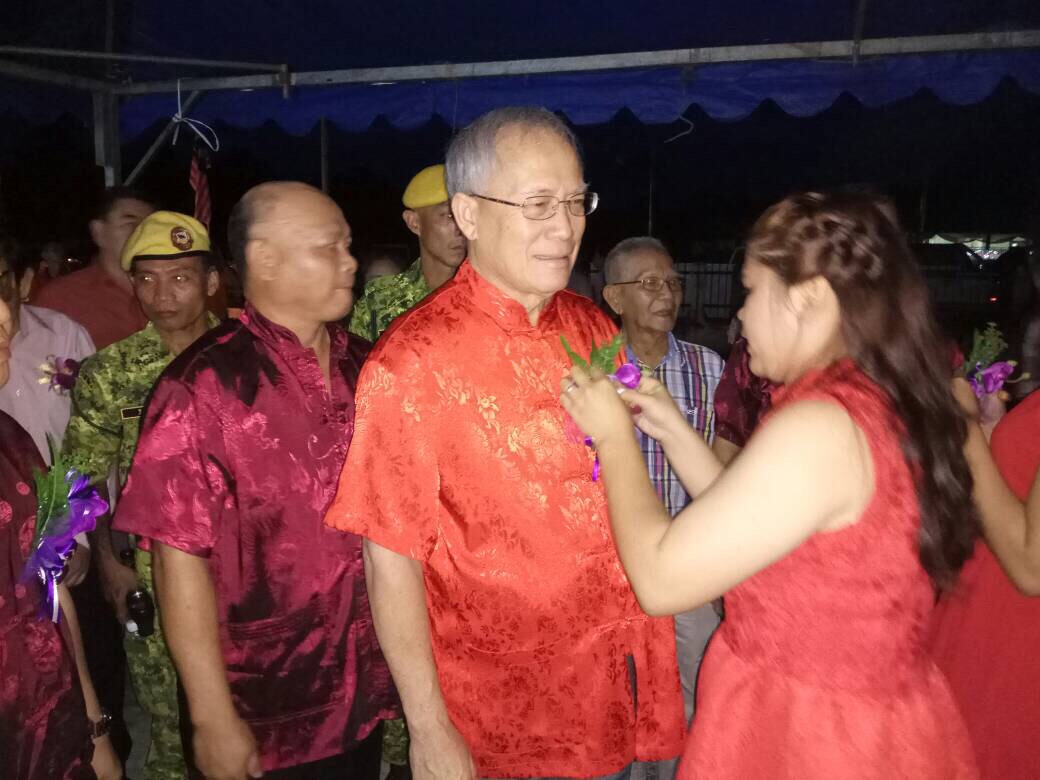 Riot given a welcome rosette as he arrives for the dinner.

“Despite what the Opposition say and despite the spite thrown at the BN leadership, I am confident BN will win in a big way.

“The people are not easily swayed by the sweet promises of the Opposition because what they can only promise, we are doing and will continue to do,” he told a crowd of 400 gathered at Sg. Menyan hall about 20km from here, on Friday night.

Six-term Serian MP Riot said clearly more and more Chinese are no longer interested in the rhetorics of the Opposition.

“I am particularly happy that in recent weeks all my ‘Program Bersama Rakyat’ in Chinese-majority areas have been well attended. This did not happen before and immediately after GE13.

“I want to see crowds at gatherings like this to be translated to votes for the BN,” he said to thunderous applause.

Earlier, the dinner organising chairman Voon Kuan Sing stated that he could say with certainty the Sg Menyan Chinese community would go all-out to support BN in GE14.