Tuesday, July 14
You are at:Home»News»Sabah»Three armed men killed in shootout with police 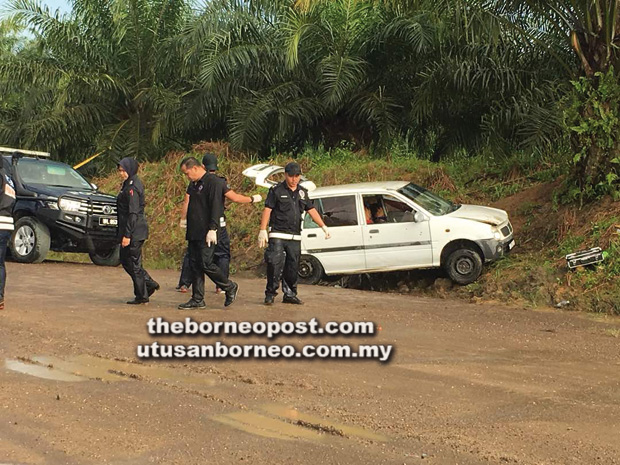 Police comb the scene of the shootout which left three armed men dead.

Tawau police chief, ACP Fadil Marsus said, the three suspects were believed to be involved in crime and terrorist activities.

According to him, Tawau Police, acting on information provided, had trailed a white Kancil car used by the three suspects in a suspicious manner at Mile 2, Kalabakan-Keningau road (near Kalabakan roundabout) at about 3.20pm.

The suspects, on being aware they were being trailed by the police, began speeding towards Mile 3, Kalabakan-Keningau road, where they turned into an oil palm plantation (Block 22) and then stopped about one kilometre from the main road.

The identity of the three suspects have yet to be identified as they were not in possession of any identity documents.

Police seized a 5.56mm rifle, a samurai sword, a revolver, gloves, masks and the Kancil car.

Fadil said none of the policemen were hurt in the incident and that the case is still being investigated. A full report would be released by the ESSCom commander on February 28, 2018.