Saturday, May 15
You are at:Home»News»Sarawak»Sarawak to get back lost rights 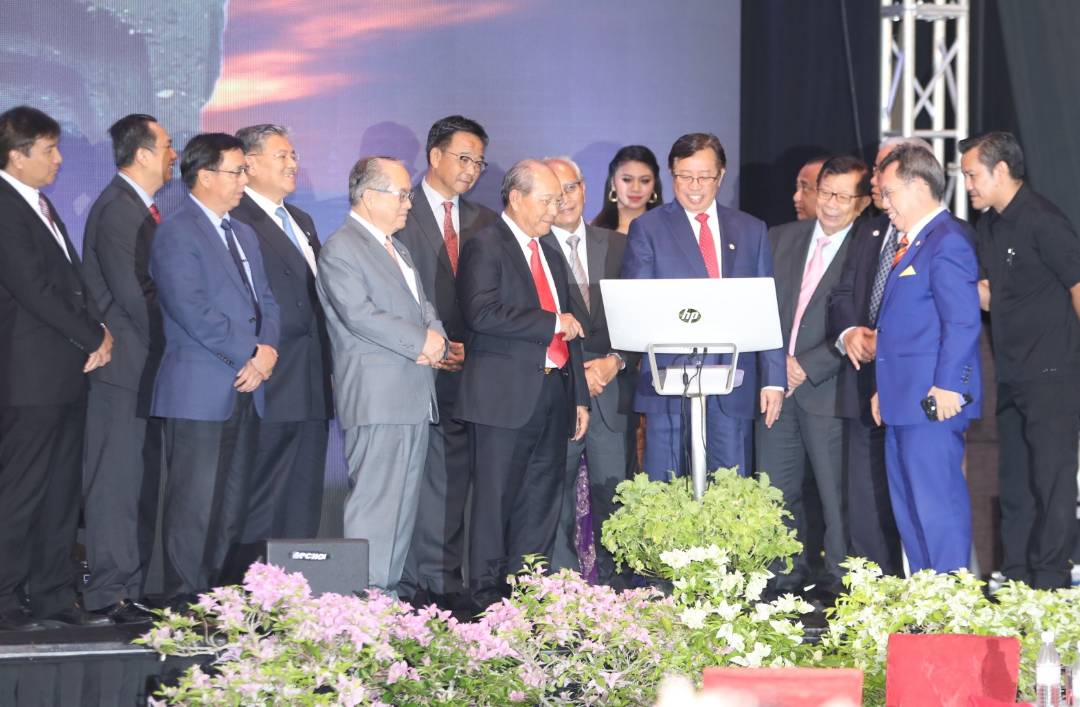 KUCHING: Prime Minister Datuk Seri Najib Tun Razak has agreed to return to the state, power that has been inadvertently eroded over the years.

Acting on Najib’s assurance, the state will assume full regulatory authority over its oil and gas upstream and downstream industry by July.

This was announced by Chief Minister Datuk Patinggi Abang Johari Tun Openg at the launching of Petros held at a leading hotel here last night.

He said the state will be able to exploit its natural resources of oil and gas under the State List as per the Ninth Schedule of the Federal Constitution.

“The formation of Petroleum Sarawak Berhad (Petros) and the exercising of the constitutional rights under Item 2(c) of the State List and 8(j) of the Federal List as provided in the Ninth Schedule of the Federal Constitution is the outcome of the discussion on devolution of power between the state and federal government.

“I would like to therefore thank the Prime Minister for agreeing to give back the power that has been inadvertently eroded over the years,” he said.

The chief minister added that persons and companies involved in the oil and gas industry in the state must henceforth have the necessary licences, permits, leases and approvals required under either the state’s Oil Mining Ordinance or the Gas Distribution Ordinance.

“In other words, they are required to regularise their operations and activities to comply with all state laws including those relating to the use and occupation of land.”

However, he assured that the enforcement of state laws will not jeopardise the interests or investments of Petronas and other companies already involved in the oil and gas industry in Sarawak.

“But, their business and operational activities must be aligned with our laws and regulations.”

Abang Johari said Petros will spearhead the state’s participation in the oil and gas sector which is strategically important to the overall socio-economic development objectives of Sarawak.

“Petros will be granted rights to mine oil and natural gas in the state and be an important player in the upstream oil and gas industry.

“Given the significant role of Petros in Sarawak’s oil and gas sector, I believe it is important for Petros to be strong, effective and efficient in performing its mandated roles,” he said.

The state will delegate the oil and gas regulatory and supervisory authority to Petros for it to play its role effectively, he added.

“With this in mind, Petros must build on its strategic presence in Sarawak in order to grow and to deliver sustainable economic benefits via its business model, while at the same time safeguarding the interests of our state and its resources.”

Petros will also be required to seek guidance from the state government for broad policy direction in the execution of its strategic roles and responsibilities.

Abang Johari pointed out that the launching of Petros was a clear testimony that substantial progress has been achieved in the ongoing discussion on devolution of power.

“With the continued support of the people for Barisan Nasional (BN), more progress will be made to meet the aspirations of Sarawakians that the state of Sarawak attain the level of development of the more developed states in Peninsular Malaysia, by having more revenues from our oil, gas and other mineral resources to fund the state government’s development agenda and the initiatives launched by me for a digital economy for Sarawak.”

Later at the ceremony, Abang Johari handed over the licence to grant Petros the rights to mine oil and natural gas in the state which was received by Petros chairman Tan Sri Datuk Amar Hamid Bugo.