Tuesday, February 18
You are at:Home»News»Sarawak»3 STPM top-scorers from Sarawak receive awards in Putrajaya 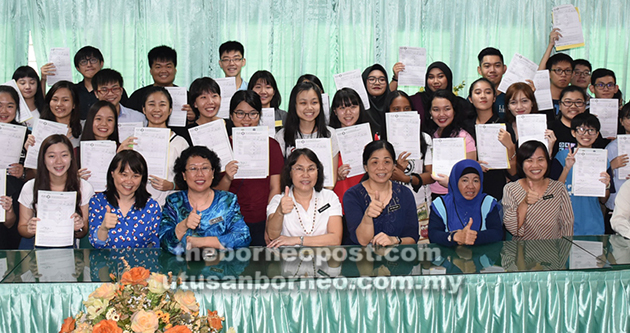 KUCHING: The feat by three students from Sarawak in achieving excellent results in their Sijil Tinggi Persekolahan Malaysia (STPM) examination last year was recognised during a ceremony held in Putrajaya yesterday morning.

According to state Education Department director Rakayah Madon, overall a total of 24 schools in Sarawak exceeded the Grade Point Average (GPA) of 2.80 for STPM 2017, versus only four schools in 2016.

Moreover, SMK Sacred Heart, Sibu was named the school with the best performance for STPM 2017, with a GPA of 3.35.