Thursday, August 13
You are at:Home»News»Sarawak»Driver in critical condition after car plunges into pond 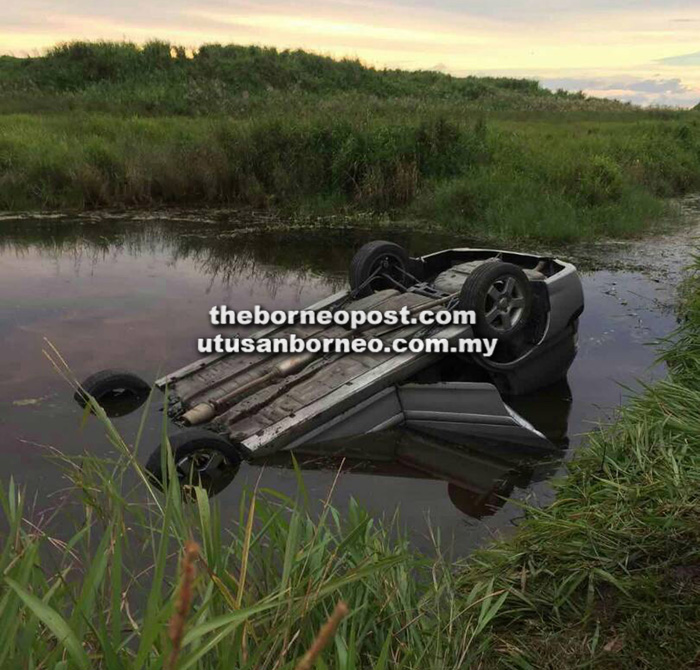 Photo shows the car where it ends up in the pond.

MIRI: A driver in his early 20s is in critical condition after the car he was travelling in with his mother somehow ended up into a pond in Kuala Baram on Monday.

It is understood that the driver and his mother were on their way home to Kuala Baram when he suddenly lost control of the vehicle, causing it to skid and turn turtle before plunging into the pond.

A passer-by, who witnessed the incident, immediately came to the rescue.

The man first pulled out the mother, who was in the front passenger seat.

He apparently did not realise there was another victim in the car until the mother asked him to save her son.

The man then swam back to the car and rescued the driver, who was unconscious.

An ambulance brought the driver to the hospital, where as of press time yesterday he had yet to gain consciousness. 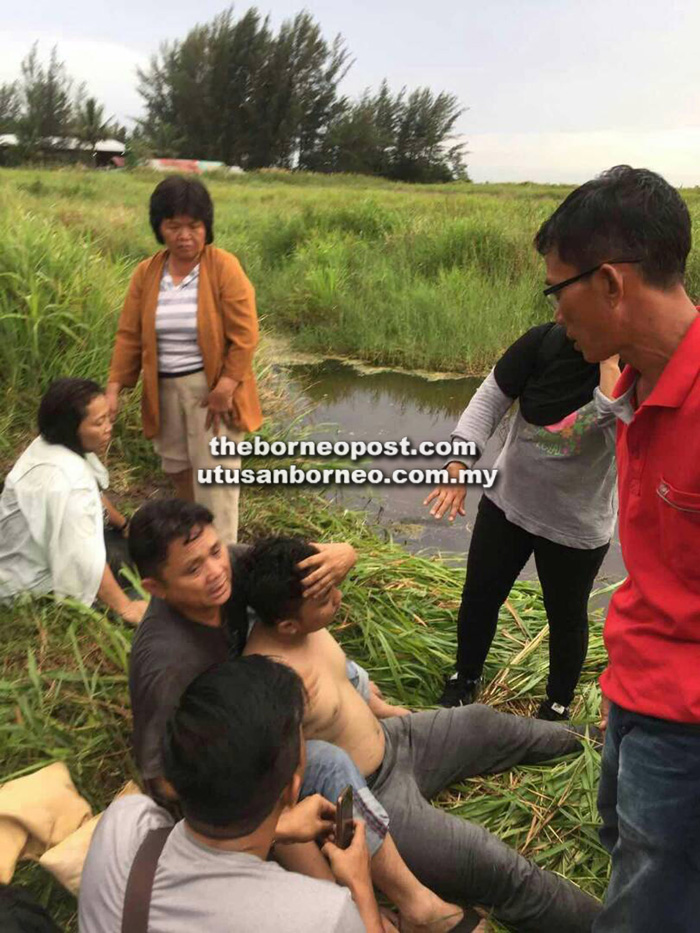 Passers-by attempt to rouse the driver.