Tuesday, August 3
You are at:Home»News»Nation»More women reps needed to fight for rights — Rohani 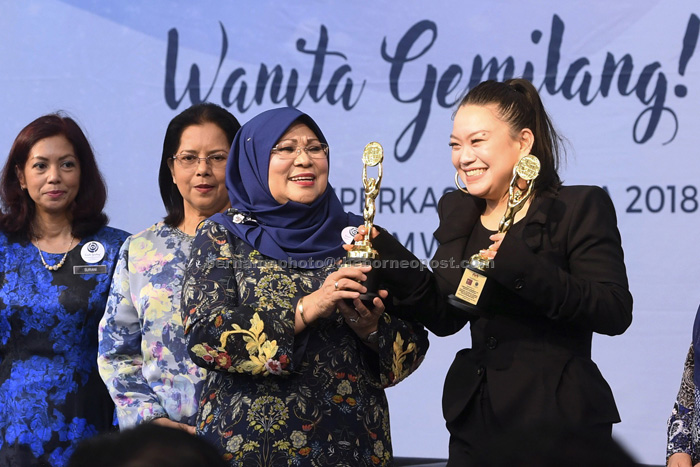 She said at present, there were 22.4 per cent women in the Senate and 10.8 per cent in Dewan Rakyat.

She said even though political parties fielded women candidates in every general and state election, the number of women who won was still low.

“So women who have been in the world of politics for a long time can show the best example that women candidates or people’s representatives are willing to serve,” she said in a press conference held after the International Women’s Day celebrations 2018 at Universiti Teknologi Kreatif Limkokwing  here yesterday.

Rohani said women must know their reason for getting into politics and not do it merely for their political interests.

“We welcome more women to participate in politics. Don’t just come in for political reasons but for something you want to fight for,”she said.

She said the government was targeting women workforce participation at 59 per cent by 2020.

“To attract more women to join and rejoin the workforce, the gender wage gap needs to be addressed,” she said.

In conjunction with the International Women’s Day 2018, Rohani also launched the KiddoCare application, which provides care-giving or babysitting services as well as smart play activities  for children.

KiddoCare is a collaboration between the Women, Family  and Community Development Ministry (KPWKM) and a local women-led impact-driven start-up company. The application will connect women and families to a large community of certified caregivers while simultaneously providing a great platform for caregivers to seek quality opportunities.

KiddoCare is now available for download on Google Play with App Store coming at the end of this March.

She said women who signed up as a caregiver will undergo background check and health screening as well as undergo a professional-certification programme, established by KiddoCare in collaboration with KPWKM and other relevant regulatory bodies before they can begin to offer their services.

She added that women who are interested in becoming a caregiver can register on www.kiddocare.my to undergo certification programme. — Bernama