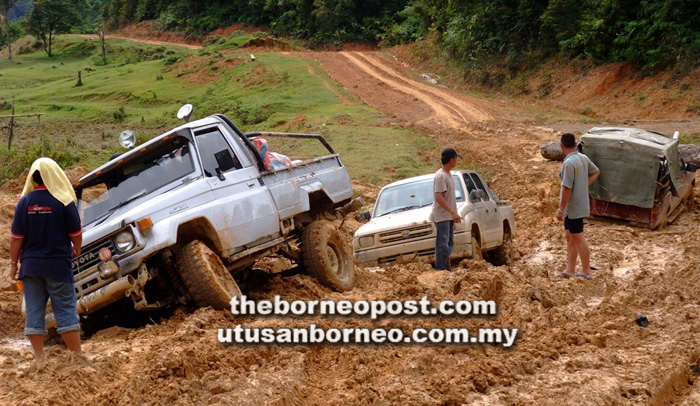 The university is collaborating with state Public Works Department (JKR) through its multi-disciplinary research arm,Curtin Malaysia Research Institute (CMRI), in developing this product.

The biosandstone surface material will be tested for its durability by JKR before it is applied on trial on rural roads in northern Sarawak.

According to CMRI director Professor Clem Kuek, the innovative technology involves surface coursing bare-earth roads with a layer of biosandstone created using a bacterial agent which will keep the roads dry and resilient to wear and tear.

The temporary solution currently  practised is to apply a surface course of emulsified asphalt but such surfaces are soon potholed by the torrential rains and continual heavy usage.

“The exciting innovation that will be a first for Borneo takes into account the unique characteristics of the region’s terrain, soil and climate, as well as the durable and weather-resistant characteristics of sandstone,” he said.

The Pilot Plant is fully equipped to carry out culture collection, biomass separation, and formulation of the biocementing bacteria for the road project.

The production of biocementing bacteria is one of the many projects which will be undertaken at the Pilot Plant Facility where Curtin Malaysia is assuming a key role in helping the state government develop Sarawak’s bioeconomy.

Professor Ir. Lau HiengHo, Dean of Curtin Malaysia’s Faculty of Engineering & Science, said that while the efficacy of such technology will be first tested on bare-earth rural roads, Curtin Malaysia will also try to develop it as a solution for other types of roads.

“Our research focus is on engineering solutions for sustainable and renewable development, in areas that are not only theoretically complex, but also important and relevant to local industry and communities. In particular, our research focuses on engineering problems persistent in the local community such as wastewater treatment and disposal, and utilising waste from the oil palm and coal power industries in construction materials ,” he said.

New research initiatives at the Faculty of Engineering and Science include establishment of the Curtin Highway Infrastructure Research and Innovation (CHIRI) Hub which works with the industries to carry out research and provide technical services and innovative solutions to support the Pan Borneo Highway project.

It is on its way to becoming the leading institution for applied research in Borneo and is proud to contribute to Curtin University’s international reputation for research excellence.

In 2017, Curtin climbed into the top 200 universities worldwide, placing the University in the top one per cent of tertiary institutions in the Academic Ranking of World Universities (ARWU).

In the latest 2018 QS World University Rankings by Subject, Curtin is ranked second in the world for mineral and mining engineering and ranked as a top 100 university in seven other subjects. These results reflect Curtin’s long-standing reputation for innovation and high-quality research across all subjects.

At national level  Curtin’s research excellence is reflected in its results in the most recent assessment, the Excellence in Research Australia 2015, in which more than 85 per cent of its assessed research areas (a total of 26 different fields of research) were ranked at, or above, world standard.