Friday, December 3
You are at:Home»News»Nation»Terengganu drawbridge to be completed in September 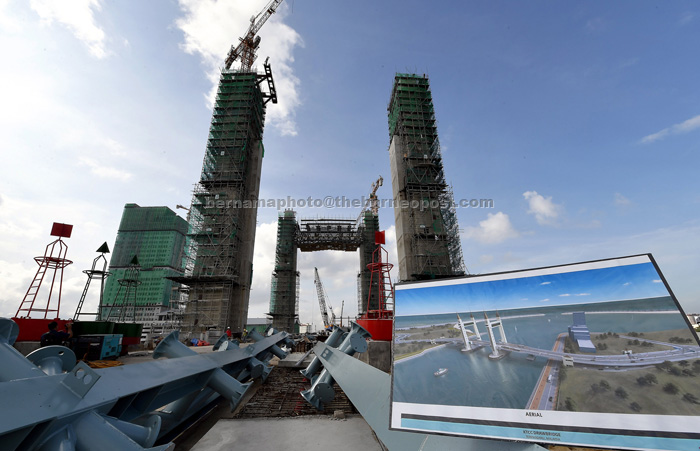 The RM248 million drawbridge is the first of its kind in Southeast Asia. — Bernama photo

KUALA NERUS: The construction of the drawbridge linking the southern areas of Kuala Terengganu and Seberang Takir is expected to be completed in September and to be opened to public a month later.

Menteri  Besar Datuk Seri Ahmad Razif Abd Rahman said the drawbridge, which is the first of its kind in Southeast Asia, was being built at a cost of RM248 million and would also have a direct link to the Sultan Mahmud Airport.

He said the drawbridge, which is part of the Kuala Terengganu City Centre or KTCC project led by the East Coast Region Corridor Development Council (ECERDC),  would also reduce travel time from Kuala Terengganu to the airport to only 10 minutes.

“It will be the first drawbridge in Southeast Asia and the new landmark for Terengganu. Soon, the public and  tourists alike will know Terengganu not only for the ‘keropok lekor’ and ‘nasi dagang’, but also for the iconic drawbridge,” he said.

Ahmad Razif said once operational, the drawbridge would also help reduce the peak-hour traffic congestion at the Sultan Mahmud bridge.

Based on the initial plan, he said the bridge’s surrounding areas would also be developed with boat docking facilities, as well as a KTCC Mall costing with 200 shops 10-screen cineplax, 48-lane bowling court and 30-storey Kuala Terengganu City Council tower.