Saturday, September 26
You are at:Home»News»Sarawak» 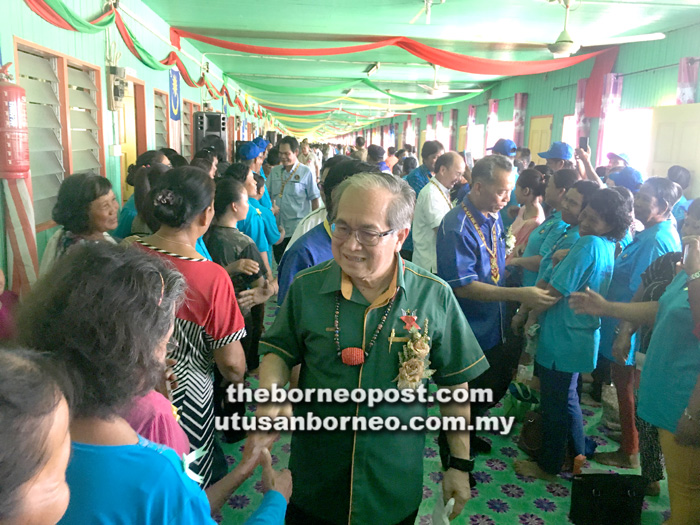 Uggah and other guests being greeted by residents of Rh Benang Pilang at the function.

He said this would ensure smooth implementation of development projects in their midst.

“In the case of Baram seat which previously had a ‘C’ chance of winning, this time I want to see Baram getting ‘A+’

“With an A+, I am sure our prime minister will give us a better deal in as far as development is concerned. After many years of independence, we can see that development in Baram, and in the whole state, is fast-paced

Uggah said Najib had come to the state many times and not once did he come empty-handed, testimony that he is a sincere and caring leader

“It is thus our responsibility to ensure that Baram will  continue to come under BN to make it easier for its representative (MP) to forward applications to the federal government for development purposes.”

“With strong cooperation between all four BN component  parties, there is no reason why the BN candidate in Baram will not get bigger majority in the next election.

“The state government is determined that by 2030, all Sarawakians would be able to enjoy strong growth and development and that the rural-urban gap is very much narrowed,” he said.