Friday, December 3
You are at:Home»News»Sarawak»Dr Yii lambasted for criticising Dr Sim’s call to stand up for Sarawak’s rights 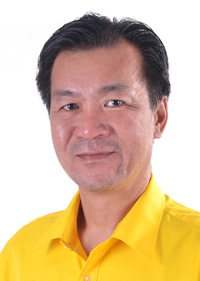 KUCHING: SUPP Kota Sentosa Branch chairman Wilfred Yap expressed disappointment with Dr Kelvin Yii’s recent criticism of SUPP president Datuk Dr Sim Kui Hian’s rallying call to all Sarawakians to stand up and fight for the return of rights and powers that have been eroded over the years, especially during the 22 years when Tun Dr Mahathir Mohamad was prime minister.

“The criticism from Dr Yii is a clear admission that Sarawak DAP is a mouth piece of their Malayan masters and that DAP is controlled by Dr Mahathir.

“It is also clear from their recent statements and actions that Sarawak DAP YBs that they will not be fighting for the return of the rights and powers to Sarawak under the  Malaysia Agreement 1963 (MA63),” Yap said.

He said Sarawak DAP should live in the present and focus on the future.

“Sarawak DAP should be held accountable, responsible and be brave enough to demand an answer from their political master, Lim Kit Siang, on why DAP is  cooperating with Tun  Mahathir, the central figure associated with the 1990s Bank Negara massive Forex losses which nearly bankrupted Malaysia at the time, Perwaja Steel scandal and Bank Bumiputra scandal, and lastly be brave enough to ask whether Dr Mahathir during his time as prime minister had used Petronas money to bail out crony companies.”

Yap urged loyal Sarawakians to fight for Sarawak’s rights and continue the effort of the late Pehin Sri Adenan Satem, who got the ball rolling to set the Sarawak Agenda for autonomy in motion.

“I sincerely hope that Sarawak DAP is aware of Article 2 (b) of the Federal Constitution, which provides that even though Parliament may by law alter the boundaries of any state, it is expressly provided that such a law shall not be passed without the consent of the (Sarawak) State Legislative Assembly.”

Any such law passed by Parliament, purportedly to alter the boundaries of Sarawak, is clearly unconstitutional and therefore null and void.

This includes the Territorial Sea Act 2012 and the Petroleum Development Act, 1974, neither of which were consented to by State Legislative Assembly in the manner provided for under Article 2.

The glaring economic disparities between Malaya and Sarawak mandates that Sarawak restore 100 per cent of its rights over its petroleum resources and to use the economic resources derived from petroleum to develop itself for the sake of our future generations, Yap added.